Gov. Gary Herbert left no doubt about his displeasure Thursday when asked about the latest Chevron Corp. spill at a monthly televised news conference. He said the federal agency responsible for interstate pipelines isn't doing its job and that Utah will step up its own efforts to ensure pipeline safety. 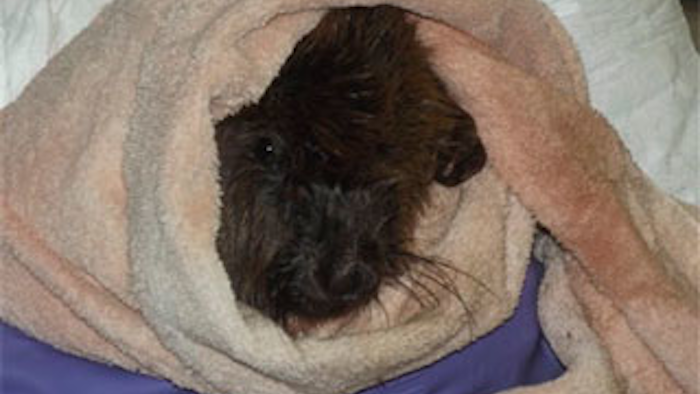 Gov. Gary Herbert left no doubt about his displeasure Thursday when asked about the latest spill at a monthly televised news conference. He said the federal agency responsible for interstate pipelines isn't doing its job and that Utah will step up its own efforts to ensure pipeline safety.

Each pipeline leak involved a spill of 21,000 or more gallons of crude oil or fuel.

"If anything's been disappointing in the past couple of weeks, it's been this Chevron oil spill," Herbert said Thursday. "This is just not acceptable. We need to take a more proactive stance."

"With interstate pipelines, that's a federal responsibility of the Pipeline Hazardous Material Public Safety Administration — which is a mouthful to say — but that's their responsibility, and obviously they've not done a very good job of overseeing the pipes that travel between our states," said Herbert, a Republican. "This is just not an acceptable situation. We will make sure that Chevron does what it needs to do to clean this mess up."

State officials are crediting a beaver dam for helping contain the fuel spill at Willard Bay State Park, but it left a family of beavers with petroleum burns. The beavers were rescued and are being doused three times a day in hourlong baths with Dawn dish soap to remove diesel fuel from their fur.

Chevron said Thursday that it had more than 130 people working in a round-the-clock cleanup operation.

"Chevron Pipe Line Co. regrets this incident and we are committed to remediating the affected area and mitigating all impacts on the environment," company spokesman Gareth Johnstone said in a statement. "Safety and environmental protection are core values for Chevron, and throughout this incident we continue to work with state and federal authorities."

The Pipeline Hazardous Material Public Safety Administration says it ordered Chevron to ensure safety before it restarts the pipeline.

"We are investigating the cause of the failure and we will carefully monitor the activities of Chevron Pipe Line Co. as we move forward with our enforcement efforts," said Jeannie Layson, a spokeswoman for the Pipeline Hazardous Material Public Safety Administration.

Chevron was fined more than $400,000 for the two earlier pipeline spills. It also paid a $4.5 million settlement to Utah and Salt Lake City and spent millions more cleaning up the first of three oil spills in 2010 that fouled Red Butte Creek, said Art Raymond, a spokesman for Mayor Ralph Becker.

"Chevron remains on the hook for any further cleanup if somebody turns over a rock and finds oil residue," Raymond said.