Occidental Chemical Corp. will pay $165 million to help begin the cleanup process in a contaminated New Jersey river under an agreement with federal environmental officials. 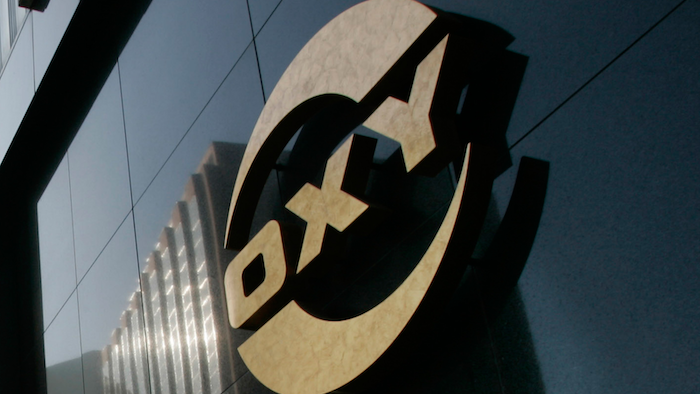 Occidental Chemical Corp. will pay $165 million to help begin the cleanup process in a contaminated New Jersey river under an agreement with federal environmental officials.

The Environmental Protection Agency said that the funding will be used to fund preliminary engineering and design work — including sampling, evaluating technologies and EPA oversight — in the lower 8.3 miles of the Passaic River, a heavily polluted waterway that flows past Newark.

Occidental Chemical, based in Dallas, is a subsidiary of Houston oil and gas giant Occidental Petroleum Corp. and one of more than 100 parties identified as potentially responsible for decades of pollution in the Passaic.

The EPA said that the lower 8.3 miles of the river contain more than 90 percent of the Passaic's overall toxins, including dioxin, PCBs, heavy metals and pesticides.

A former Diamond Alkali facility, which produced Agent Orange and other pesticides in the 1960s, is blamed for much of the dioxin in the river. Occidental was affiliated with a company that bought Diamond Alkali, and the two later merged into a single company.

The preliminary work, EPA officials said, must be completed before the physical cleanup can begin.

The agency earlier this year issued a final plan to remove 3.5 million cubic yards of contaminated sediment from that section of the river. The overall cleanup process is expected to last a decade and cost $1.38 billion.

Officials called the agreement a "milestone" in the process of securing funding to clean up the Passaic under the federal Superfund law.

“Occidental has agreed to spend $165 million to do this work and in doing so is moving us a lot closer to a restored Passaic River," regional administrator Judith Enck said in a statement. "The EPA will work to secure similar agreements with the other parties that polluted the Passaic River and have the legal responsibility to pay for the cleanup.”

Other companies considered potentially responsible for the pollution, according to The Record, include DuPont, Hess, Honeywell, Pfizer and Sherwin-Williams, along with several local municipalities and a regional sewage commission.