BP is considering spending millions of dollars for equipment to reduce pollution from its refinery in northwest Indiana along Lake Michigan three years after a $4.2 billion expansion and upgrade. 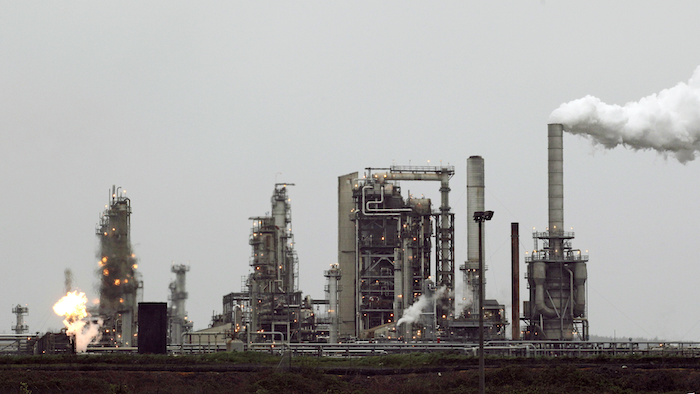 WHITING, Ind. (AP) — BP is considering spending millions of dollars for equipment to reduce pollution from its refinery in northwest Indiana along Lake Michigan three years after a $4.2 billion expansion and upgrade.

Though it installed one in late 2013 — which made the 1,400-acre facility a top processor of heavy crude oil extracted from Canada's tar sand deposits — the additional spending would be so Whiting meets a U.S. Environmental Protection Agency mandate to ensure gasoline has less than 10 parts per million of sulfur.

"The industry is doing this across the board," Porter said. "We're hoping to get approval in the next year. Then it would take three or four years to get that built."

Other refineries have looked at similar capital projects to comply with the looming EPA requirement, which aims to reduce emissions, GasBuddy.com senior petroleum analyst Greg Laskoski told the newspaper.

Oil companies can get sulfur credits for the first few years, and the goal is to have the new hydrotreater up and running by 2020, when credits will be harder to obtain, Porter said.

As part of a 2012 agreement with the EPA, BP also has installed a new dissolved nitrogen flotation unit in its wastewater treatment plant to remove dissolved organics in wastewater. When the refinery tried to get the new unit up and running at the beginning of the month, it resulted in a discharge of five times the allowed limit of total suspended solids of industrial waste.

The EPA agreement mandates BP spend $400 million on state-of-the-art pollution controls, including a new flare gas recovery system by year's end. The pilot lights at the top of flare stacks will still burn, but they'll only spit fire if there's a major issue with refinery operations. Otherwise, it'll trap and recycle the gases that would otherwise be flared.

"We try not to flare. Besides the environmental impact, I tell people that's $50 a barrel crude burning in that flame," Porter said. "It's pretty expensive."