A Republican senator in Michigan, where Dow has been headquartered since 1897, announced early in April that he plans to introduce controversial bathroom legislation similar to a law that passed in North Carolina. 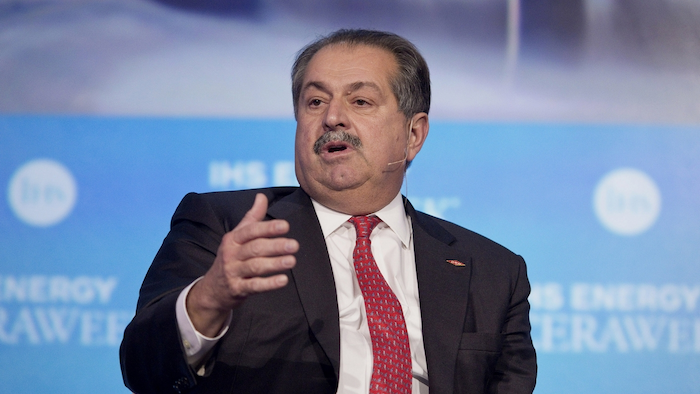 Dow Chemical Co. and other major companies in Michigan are speaking out against legislation that would require students to use bathrooms and locker rooms according to their gender at birth.

Republican senator Tom Casperson announced early in April that he plans to introduce the legislation in Michigan, despite the controversy surrounding such bills. Earlier this year, similar legislation was passed in North Carolina, which triggered a major uproar with many performing artists and companies vowing to boycott doing business in the state.

Dow’s CEO, Andrew Liveris, made it clear in an emailed statement this week where the company stands on the issue.

“At Dow and on behalf of our 25,000 employees across the nation, we support full inclusion of our LGBT colleagues, friends, neighbors and family members,” he said in the statement reported through local media. “That’s why we are calling on lawmakers to not only oppose any legislation that would permit discrimination, but to focus on policies that ensure fairness and opportunity for everyone.”

Dow has been headquartered in Michigan since 1897, but the company has manufacturing facilities all over the country.

"Dow opposes House Bill 707 and any similar efforts to hinder our ability to recruit talent to our growing Louisiana operations.  We call upon our legislative leaders to focus on making our state more competitive and economically sound instead of taking actions that divide us as citizens," said Earl Shipp, vice president of Dow Gulf Coast operations, in a written statement published by nola.com.