Calif. Lists Styrene as a Carcinogen Under Prop 65

California regulators have officially listed styrene as a substance known to cause cancer under guidelines set by Proposition 65. 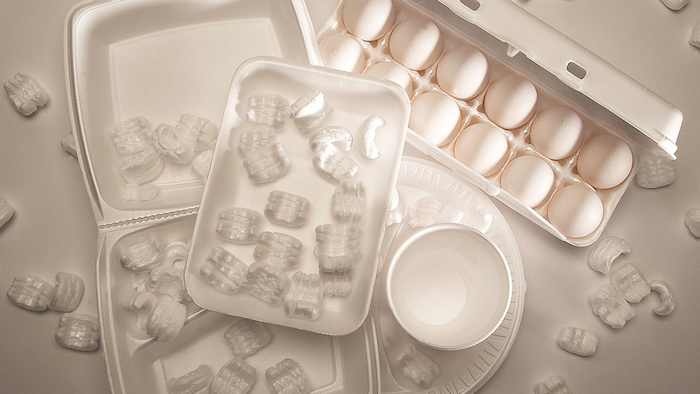 California regulators have officially listed styrene as a substance known to cause cancer under guidelines set by Proposition 65.

Styrene was linked to cancer in 2011 by the National Toxicology Program, which found that the organic compound can “reasonably be anticipated to be a human carcinogen.” In 2014, the National Research Council affirmed the report.

Styrene is a chemical building block that's used to manufacture a range of products including high-performance plastics, building insulation, composite materials and polystyrene, which has been a popular material in food packaging.

The potential cancer link contributed to concerns about how styrene can leach out of polystyrene packaging like foam coffee cups or Chinese food containers and expose people to the chemical. Polystyrene foam can also be hazardous for the environment. If not properly discarded, it can accumulate in waterways, absorb contaminants, and be a health hazard for marine life.

Because of these concerns, several major cities, such as New York City, have made it illegal to possess or sell single-use polystyrene foam containers.

In addition to now listing styrene as a known carcinogen, California’s Office of Environmental Health Hazard Assessment has proposed a No Significant Risk Level for styrene as 27 micrograms per day for the substance. This designation represents the safe level below which a Prop 65 warning is not required.

The Styrene Information Research Center has maintained that data does “not support an association between exposure to styrene and human cancer.”

In a recent blog post, the American Chemistry Council responded to the recent Prop 65 decision — and the confusion surrounding the difference between styrene and polystyrene — by pointing out: "...styrene’s listing under Prop 65 doesn’t change the decades of research that demonstrate polystyrene’s safe use in foodservice packaging."

The listing took effect April 22, and one year from that date, Prop 65 warning labels will be required on styrene products.