A few hundred workers, activists and relatives of victims of a 2013 garment factory collapse in Bangladesh that killed 1,134 people and left thousands injured held a rally Tuesday as the country marked the fifth anniversary of the disaster. 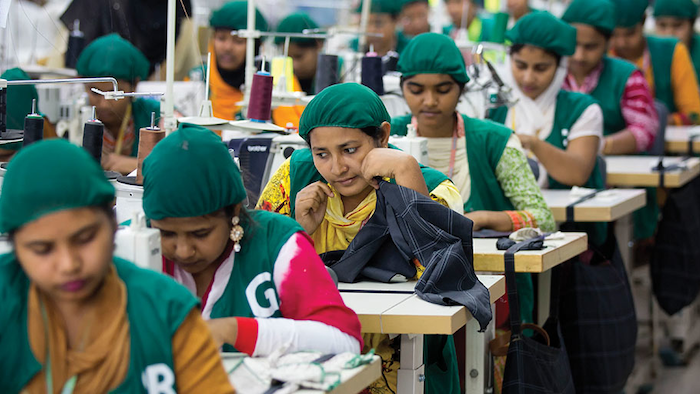 DHAMRAI, Bangladesh (AP) — A few hundred workers, activists and relatives of victims of a 2013 garment factory collapse in Bangladesh that killed 1,134 people and left thousands injured held a rally Tuesday as the country marked the fifth anniversary of the disaster.

Protesters placed flowers at a makeshift monument near the abandoned factory site, just outside the capital Dhaka, and urged that the owner of the collapsed building, imprisoned on murder charges, be given the death penalty.

The Rana Plaza factory building was expanded illegally, with extra floors stacked one on top of another. An engineer had declared it unsafe, and the thousands of people who worked inside, stitching garments for clothing brands from around the world, knew it was trouble.

"That factory was very risky," said Khadiza Begum, who was working there the day the complex collapsed. "It had weak pillars. It had narrow stairwells. It had no fire exits."

"We saw cracks in the building before it collapsed on us," she said.

The tragedy killed 1,134 people, many of them young women supporting extended families, and injured more than 2,500. It focused international attention on Bangladesh's role as the world's second-largest garment producer, and led the government and manufacturing associations to promise big improvements.

Many of the world's top clothing brands said they would stop contracting with factories if they failed to improve safety for their workers. European and U.S. brands set up programs meant to improve safety.

Five years later, the situation is complicated, according to a recent study conducted by the Center for Business and Human Rights at New York University's Stern School of Business. 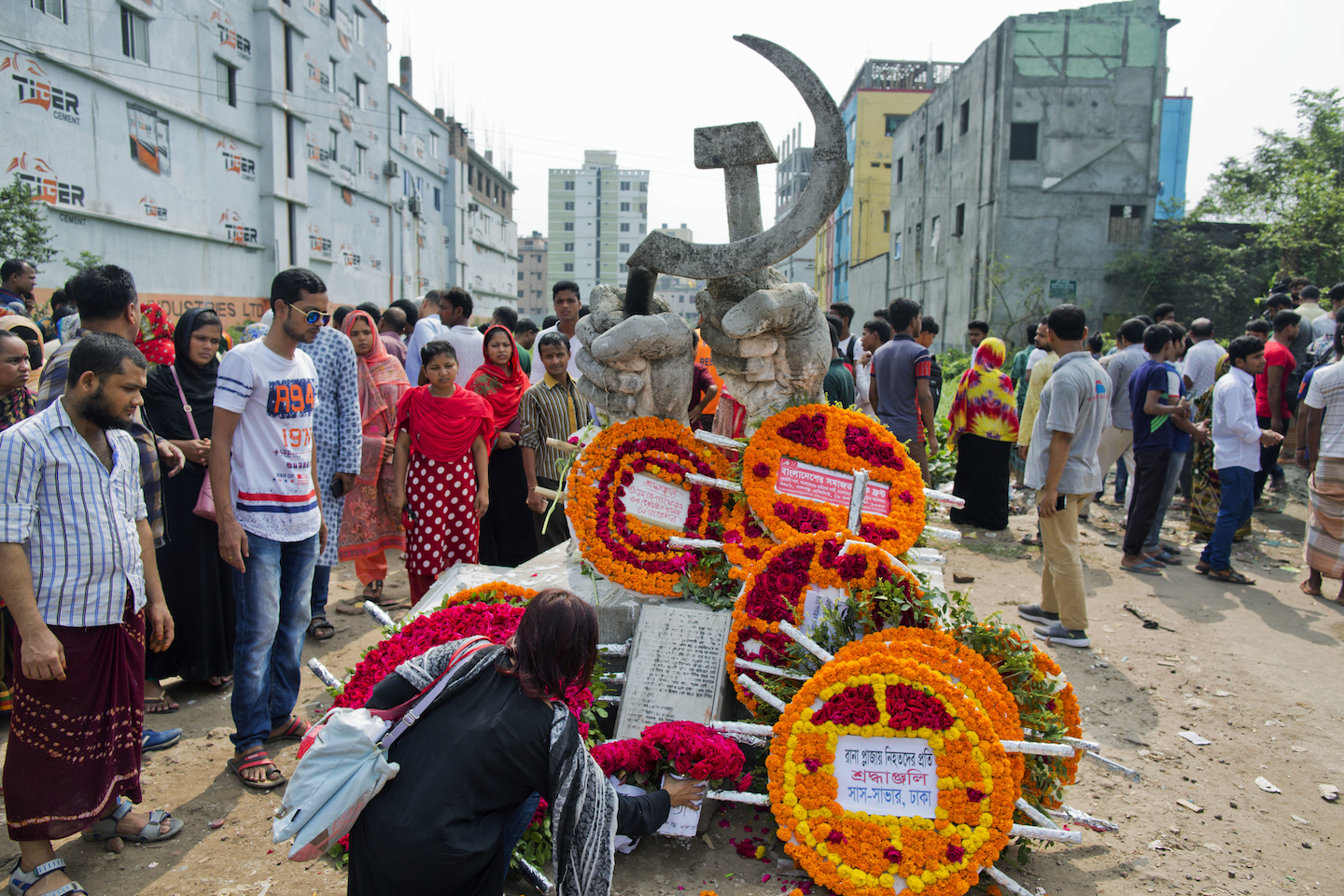 Bangladeshis offer flowers to a monument erected in memory of victims of a garment factory collapse as they gather at the site on the fifth anniversary of the accident in Savar, near Dhaka, Bangladesh, Tuesday, April 24, 2018. The tragedy killed 1,134 people, many of them young women supporting extended families, and injured more than 2,500. (AP Photo/A.M. Ahad)

"We have found tremendous improvement in the larger factories" involved in the safety programs, Paul Barrett, deputy director of the center, said in an email. "But two other categories — factories overseen by the government and subcontracting facilities not overseen by anyone — remain at risk."

The center's survey of conditions at Bangladesh's textile factories found that workers at about 3,000 of the country's 7,000 factories are still exposed to life-threatening risks, ranging from a lack of fire safety equipment to serious structural flaws. The dangerous factories, often small, sometimes subcontract work from larger factories that deal with foreign brands.

Such factories rarely allow access for journalists, though the best-equipped ones are eager to show off their workplaces.

S.M. Khaled is the managing director of the Snowtex Outerwear Ltd. Factory, a $42 million complex built after the 2013 disaster in the industrial suburb of Dhamrai, outside the capital Dhaka.

"The collapse of Rana Plaza was a wake-up call for us — for the industry and for the buyers," he said as he walked through the factory. "Look at my factory. Look around. I have done my best to keep it safe for the workers."

"We have invested a lot to keep my factories safe and compliant," he said.

Snowtex, which does business with some of the world's top brands, has about 8,000 workers in its five story factory, each floor spread over 52,000 square feet. It's just a few kilometers (miles) from where Rana Plaza stood.

The factory has wide stairwells, emergency exits, fire safety equipment, sprinklers and first-aid equipment on hand. Workers have been trained in fire safety and rescue techniques and the factory runs regular fire drills.

All that is a relief to Begum, who was trapped for hours after the Rana Plaza collapse. She was so shaken by the experience she didn't work for two years.

Eventually, her family desperate for money, she got a job at Snowtex.

"It's very different here," she said, sitting in front of a sewing machine. "This building is good and strong."

Textile exports are a huge business for Bangladesh, bringing in $28 billion annually, mostly from Europe and the United States.

Many of the improvements after the Rana Plaza collapse were brought on with pressure from the foreign safety initiatives: the Accord on Fire and Building Safety in Bangladesh, organized by European brands, and the Alliance for Bangladesh Worker safety, which was backed by North American retailers. Under the programs, some 2,300 factories have been inspected and many have upgraded their safety standards.

Industry insiders guardedly admit that subcontracting remains a problem, since larger businesses sometimes contract some work out to smaller, less-safe factories. They insist those deals are being phased out.

Khaled said the established factories know they are being monitored by the international brands, and don't want to get in trouble by subcontracting.

"This is no longer a major concern like it was before," he said, adding that many smaller factories only produce clothes for local markets.

"Subcontractors do exist and play an important role in the industry," he said in an email. "Denial has consequences."

Worker safety should not depend on where the clothing is being worn, Roy Ramesh Chandra, president of Bangladesh's United Federation of Garment Workers, said in an interview.

"Authorities need to address all the factories — whether it is producing for export" or for Bangladeshis.