Chevron Corp. said Tuesday that two of its Venezuela-based employees were arrested by local authorities, in what appeared to be the first such detentions of a private oil company's workers amid a growing anti-corruption purge. 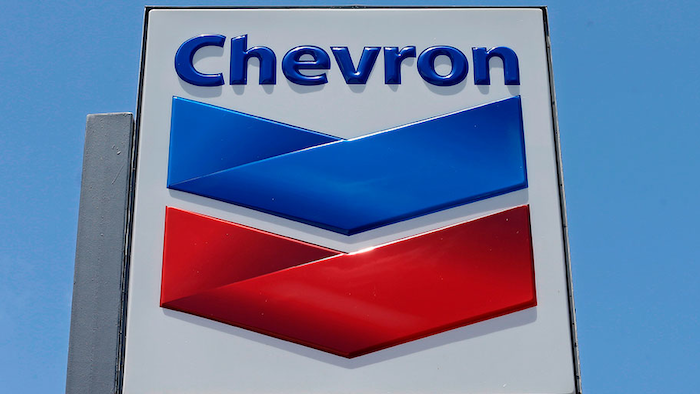 CARACAS, Venezuela (AP) — Chevron Corp. said Tuesday that two of its Venezuela-based employees were arrested by local authorities, in what appeared to be the first such detentions of a private oil company's workers amid a growing anti-corruption purge.

It was not clear what led to the arrests. A statement from the San Ramon, California-based company provided no details except to say the employees were taken into custody Monday. Chevron said it contacted authorities to understand the reasons behind the detention and ensure its employees' safety and well-being.

In recent months, President Nicolas Maduro has been steadily handing control of the nation's oil industry to the military as a reward for its loyalty while authorities have arrested dozens of Venezuelan officials or employees at the state oil giant PDVSA in a bid to root out corruption in the OPEC nation's oil industry.

As part of the anti-corruption drive, prosecutors in January ordered or carried out the arrest of the general manager and other top managers at Petropiar SA, the PDVSA-Chevron joint venture operating in the so-called Hugo Chavez oil belt sitting atop the world's largest crude reserves. They were charged with embezzlement and conspiracy tied to the illegal manipulation of production figures.

The latest arrests are believed to be the first involving a private oil company's direct employees, a major escalation in the crackdown that could frighten other foreign investors who thought they had learned how to navigate Venezuela's turbulent policy environment, analysts said.

Chevron is the largest of only a handful of U.S. oil companies that stayed in Venezuela after Chavez raised royalties and seized assets to boost the state's control of the oil industry. As the economy has spun out of control amid hyperinflation, oil has become an even more important financial crutch for President Nicolsa Maduro's bankrupt socialist government, which has resorted to issuing IOUs to vendors in order to stockpile what little hard currency continues to trickle in from oil exports.

Last year, two weeks after President Donald Trump banned U.S. investors from providing loans to Venezuela's government, executives for the company accompanied by former Chevron CEO Ali Moshiri met with Maduro in Caracas to discuss ways to maintain close commercial ties in the face of sanctions, according to a government statement at the time.

"Our legal team is evaluating the situation and working towards the timely release of these employees," Chevron said in its statement Tuesday, adding that the company complies with all applicable U.S. and Venezuelan laws.