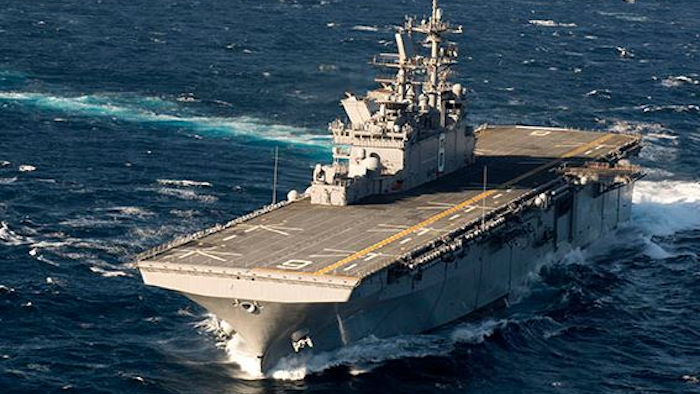 The U.S. Navy will pay Huntington Ingalls Industries $3 billion to design and build an amphibious assault ship at Ingalls Shipbuilding in Mississippi.

Construction is set to begin in late 2018 on the Bougainville, which will be capable of launching Marine Corps landing craft at water level, and accommodating helicopters and fighter planes on its flight deck. The ship is scheduled to be completed in 2024.

Ingalls got the original contract to buy material for the third ship in the America class a year ago. The second ship, the Tripoli, was launched in May and will be christened in September.

Seventy percent of the work will be done at the 11,000-worker shipyard in Pascagoula, Mississippi.

Huntington Ingalls is based in Newport News, Virginia.