Wicked Weed is only five years old but already operates four facilities in Asheville, N.C., and created more than 500 beers to date. 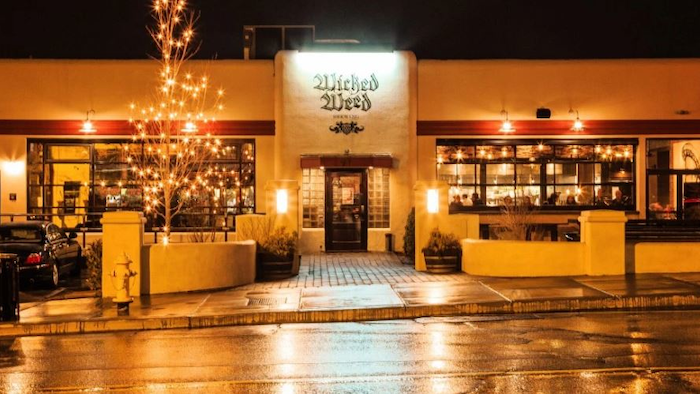 Anheuser-Busch this week announced the addition of an 11th craft brewer to its The High End craft and import segment.

The brewing giant plans to acquire Wicked Weed Brewing of Asheville, N.C., amid continued efforts to capitalize on the growth of craft beer in an otherwise stagnant domestic beer market.

Wicked Weed is only five years old but already operates four facilities in Asheville and created more than 500 beers to date, Anheuser-Busch officials said in a statement.

"Their ability to brew the highest quality beers, in a variety of styles, along with their exciting barrel program, leads me to be optimistic about what our futures hold together," said The High End president Felipe Szpigel.

Wicked Weed officials said that although the agreement would enable the brewer to reach more customers and invest more in its operations, it would also benefit the entire Asheville community and its "beer tourism" industry.

"We have chosen to partner with The High End to position ourselves to make Wicked Weed what we imagined it could be when we first sat at a craft beer bar and talked about opening a brewery," said co-founder Walt Dickinson.

The decision, however, was not without consequences for the craft brewer. The Associated Press reported that Wicked Weed was promptly kicked out of two collaborations with other craft brewers, removed from some stores and restaurants and banned from voting in a craft beer guild.

"This one seems to have really struck a nerve moreso than some of the previous acquisitions," Paul Gatza, director of trade group the Brewers Association, told the AP.