A massive blaze broke out early Wednesday when a hot light bulb fell onto a pile of cardboard. 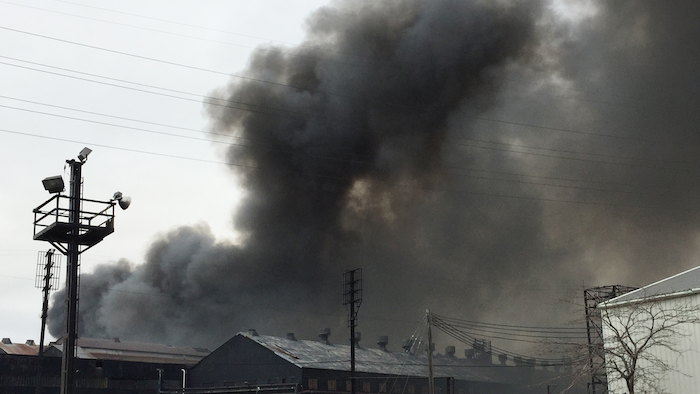 Smoke billows from the site ofa massive blaze at the former Bethlehem Steel Mill in Lackawanna, N.Y., on Wednesday, Nov. 9, 2016. The flames have since diminished, but smoke is visible for miles. No injuries were reported. (AP Photo/Carolyn Thompson)

More than 100 firefighters struggled to contain a massive blaze at a former Bethlehem Steel site that broke out early Wednesday when a hot light bulb fell onto cardboard inside a business, authorities said.

Local media outlets reported that Fred Heinle, the director of development for the city of Lackawanna, said the fire started early Wednesday when a hot bulb fell on some combustibles inside a sprawling building that houses several businesses at the industrial site just south of Buffalo. 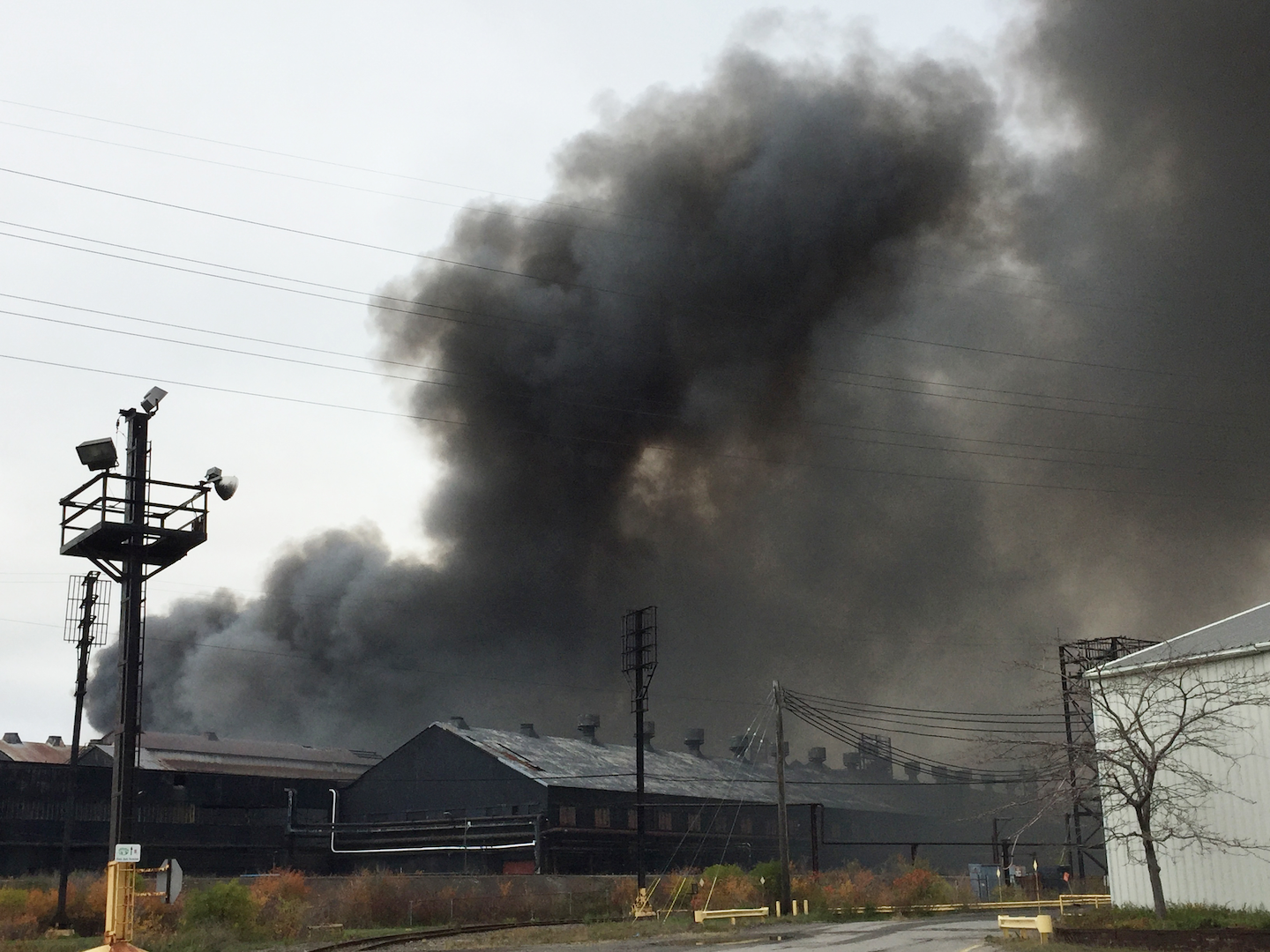 Smoke billows from the site ofa massive blaze at the former Bethlehem Steel Mill in Lackawanna, N.Y., on Wednesday, Nov. 9, 2016. The flames have since diminished, but smoke is visible for miles. No injuries were reported. (AP Photo/Carolyn Thompson)

Television news footage showed the six-block-long building engulfed in flames as massive clouds of black smoke billowed away from nearby homes, and video images showed the roof of the building collapsing. The intense smoke, which could be seen for miles, prompted authorities to issue a shelter-in-place order for nearby residents.

The flames have since diminished, but smoke continued to spew from the building, which includes a recycling and storage businesses. People living next door to the property reported hearing explosions soon after the firestarted.

The fire departments from Lackawanna and neighboring Buffalo responded to the blaze around 7:30 a.m., bringing more than 100 firefighters on the scene, according to Buffalo Fire Commissioner Garnell W. Whitfield, Jr. He said plastic recycling was among the materials inside the building, but firefighters were being kept outside because the roof and some walls had collapsed.

"This is going to be quite a massive operation," Whitfield said.

Bethlehem Steel operated its sprawling Lackawanna for decades before ending operations in the 1980s. The property is now home to an industrial park that includes a Republic Steel manufacturing plant and a storage business.