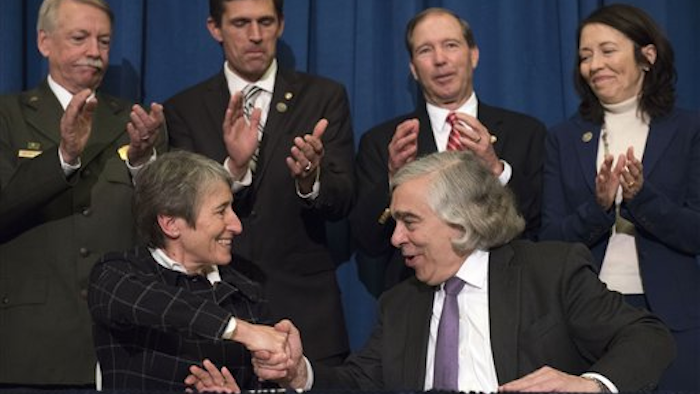 More than 70 years ago scientists working in secret created the atomic bomb that ended World War II and ushered the world into the nuclear age.

On Tuesday, Interior Secretary Sally Jewell and Energy Secretary Ernest Moniz formally established the Manhattan Project National Historical Park, as they sat in a federal building near the White House where plans for the bomb were developed.

Jewell and Moniz say the park will not glorify war or nuclear weapons. It will tell the story of the three important historical sites and bring greater awareness of the development of nuclear energy and weapons to a worldwide audience.