Tobacco companies are moving quickly to keep pace with the evolution of their industry by embracing the increasingly popular e-cigarettes and making them more available to consumers. 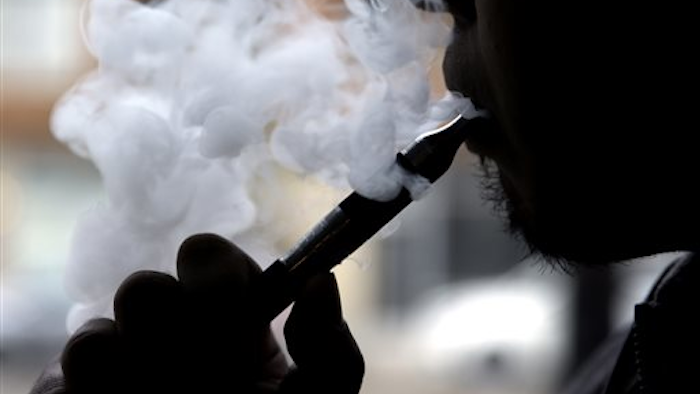 NEW YORK (AP) -- Tobacco companies are moving quickly to keep pace with the evolution of their industry by embracing the increasingly popular e-cigarettes and making them more available to consumers.

Reynolds American Inc., the second-largest tobacco company in the U.S., moved forward on its ambitious goal for sales, announcing Tuesday that next week it would begin distributing its Vuse brand electronic cigarette nationwide.

Altria Group Inc., which owns the nation's biggest cigarette maker, Philip Morris USA, is seeking to expand its MarkTen electronic cigarette brand nationally during the first half of the year.

Lorillard, the nation's third-largest tobacco company, acquired e-cigarette maker Blu eCigs in April 2012. Blu now accounts for almost half of all e-cigarettes sold and can already be found nationwide.

Reynolds said Tuesday that retail outlets in all 50 states will be carrying Vuse starting on June 23. More stores will be added throughout the remainder of the year.

Reynolds launched Vuse in Colorado last summer and expanded into Utah earlier this year. The Winston-Salem, North Carolina company said that Vuse quickly became the top-selling brand in both states with high levels of repeat purchase.

Like other tobacco companies, Reynolds American is looking to capitalize on the fast-growing e-cigarette sales and to diversify its business more. To that end, the company announced last month that it was expanding its Tobaccoville, North Carolina manufacturing complex ahead of Vuse's national rollout in order to meet anticipated market demand.

The market for e-cigarettes has grown from thousands of users in 2006 to several million worldwide and reached nearly $2 billion in sales last year. The battery-powered devices heat a liquid nicotine solution, creating vapor that users inhale. E-cigarette users say the devices address both the addictive and behavioral aspects of smoking without the thousands of chemicals found in regular cigarettes.

The Vuse can monitor and adjust heat and power to deliver the "perfect puff," according to Reynolds American. It also has a smart light on the tip of to let users know when it's getting low, needs to be replaced or recharged.

The country's biggest tobacco companies have all entered the e-cigarette realm as they look to become less dependent on the traditional cigarette business, which is increasingly tougher to be a part of due to tax hikes, smoking bans, health concerns and social stigma.

But the growing popularity of e-cigarettes has left it open to closer examination by the government and health advocates. The Food and Drug Administration has proposed restrictions on the buying, packaging and advertising of e-cigarettes. This includes a ban on selling to minors and warning labels. The Senate will hold a hearing Wednesday to examine the marketing of e-cigarettes and potential consequences for minors.