Agricultural, food and beverage companies are spending millions of dollars to defeat legislation to require labels on food containing genetically modified crops in New York, highlighting the state's pivotal role in debates about what Americans should know about the products they consume. 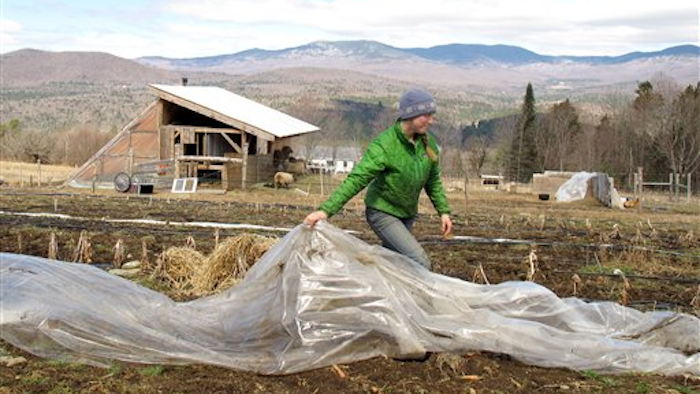 ALBANY, N.Y. (AP) -- Agricultural, food and beverage companies have spent millions of dollars to defeat legislation in New York state that would require labels on food containing ingredients from genetically modified crops, highlighting the state's key role in the debate about what Americans should know about the products they consume.

Supporters are mounting a final push for the proposal as state lawmakers work to wrap up their session. A vote on the bill hasn't been scheduled, but both sides say the stakes are too high to assume the bill is dead for the year until lawmakers end the session.

Opponents spent $3.7 million last year on campaign donations and lobbying in an effort to block the legislation, according to a report issued by the New York Public Interest Research Group and other groups supporting the labeling requirement. That's more than seven times the amount spent by supporters.

With a population of 20 million, New York could send a strong signal to the more than two dozen other states where labeling legislation has been introduced.

Critics of labeling laws — including many local farmers, trade groups and global food producers — said the contributions and lobbying show how concerned they are about what would happen if New York became the fourth state to require labels. They argue the labels will raise prices and hurt their business by unnecessarily frightening consumers.

"New York is a pivotal state in this debate," said Rick Zimmerman, executive director of the Northeast Agribusiness and Feed Alliance, one of several industry groups fighting the proposed labels. "On the surface these labels sound innocent, but they're equivalent to a skull and crossbones."

The Grocery Manufacturers Association and other industry groups filed an expected lawsuit Thursday over Vermont's law, calling it costly and misguided. The state's attorney general said his office has been preparing to defend the law.

More than half of all processed foods contain ingredients made or derived from genetically engineered crops. Genetic modifications to a plant can improve its quality, hardiness or resistance to pests or disease. Studies have found no evidence that GMOs are more harmful than foods without genetic modifications, but those pushing for label requirements say there's no harm in letting consumers know if a food contains GMO.

"It's just a little symbol," said the bill's Senate sponsor, Sen. Kenneth LaValle, a Republican from Long Island. "This is the 21st century. People want to know about the food they're buying. This is inevitable. Whether it's this session or next, it's bound to happen."

Similar bills have been introduced this year in more than two dozen states, including California, where voters rejected a proposed labeling law two years ago after an expensive campaign by opponents. Dozens of nations including the members of the European Union already have GMO labeling laws.

New York state Sen. Patty Ritchie, chairwoman of the Senate's agriculture committee and a Republican, said she's heard passionate views about GMO labeling from both sides and opposes the bill.

"We need to know what the facts are first, and know what this will do to farmers," she said. "There's so much more to this than a little label."