FBI Director James Comey told a Senate committee Wednesday that there are two kinds of companies: those that have been hacked by the Chinese and those that just don't know it yet. 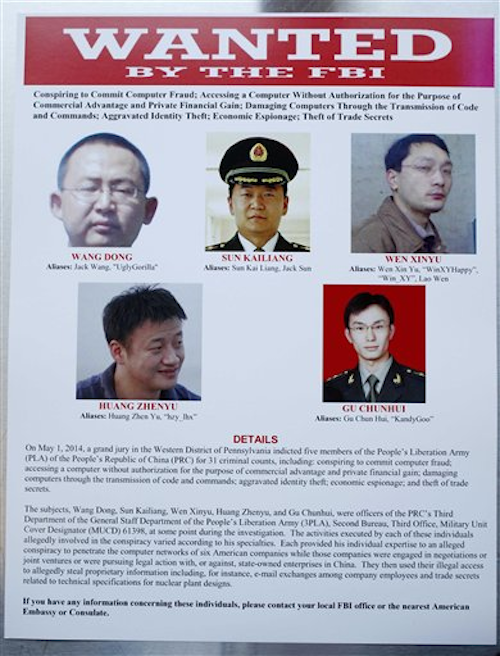 The Justice Department on Monday announced a 31-count indictment against Chinese hackers accused of penetrating computer networks of big-name steel companies and makers of solar and nuclear technology to gain a competitive advantage. China denies the allegations.

Comey said the increased focus on cybersecurity has heightened his agency's demand for new, tech-savvy experts.

Describing efforts to beef up the FBI workforce on the cyber front, Comey was quoted this week as saying "some of those kids want to smoke weed on the way to the interview."

Questioned about the remark Wednesday, he said he has no intention of changing current policy that disqualifies applicants if they've used marijuana in the last three years.

"I am determined not to lose my sense of humor, but unfortunately there, I was trying to be both serious and funny," Comey said.

He said someone told him of a "great candidate" for the FBI who had smoked marijuana within the last five years. Comey said the person should nonetheless apply.

Comey said the FBI was grappling with how to balance its desire to recruit a strong workforce with changing attitudes on marijuana use by states and young adults.

"I am absolutely dead-set against using marijuana. I don't want young people to use marijuana," he said. "It's against the law. We have a three-year ban on marijuana. I did not say that I am going to change that ban."