Turkey's prime minister pledged Tuesday not to allow anyone responsible for the country's worst mine disaster to go unpunished, and promised improved supervision of Turkish mines. 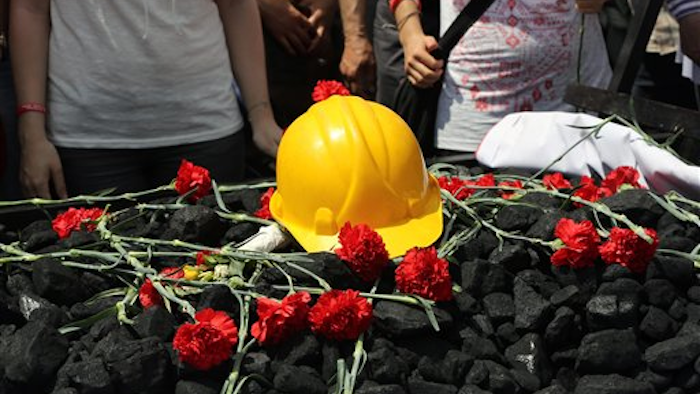 ANKARA, Turkey (AP) -- Turkey's prime minister pledged Tuesday not to allow anyone responsible for the country's worst mine disaster to go unpunished, and promised improved supervision of Turkish mines.

Recep Tayyip Erdogan spoke a day after a court ordered the arrests of three more people as part of probe into the coal mine fire in the western town of Soma, which killed 301 people. The arrests raised the number of suspects facing charges of negligent death to eight.

The disaster has provoked anger at a critical time for Erdogan, as he mulls running in August's presidential election.

"God willing, everyone will draw the necessary lessons from this disaster," Erdogan said in his weekly speech to ruling party legislators. "We shall be more determined than ever to increase supervision and to take the necessary steps."

"No one will be able to cover up this painful incident. All criminal and administrative investigations will be carried out and we will be strictly monitoring them."

The state-run Anadolu Agency said the CEO and the general manager of mine company Soma Komur Isletmer A.S., Can Gurkan and Ramazan Dogru, were among those arrested late Monday.

They were among 25 people who were initially taken into custody as part of the probe on Sunday.

A prosecutor said a preliminary report indicates that coal had been smoldering for days before the disaster, causing a roof collapse and releasing toxic gases that spread inside the mine. Officials have said most victims died from toxic gases.

Parliament on Tuesday is scheduled to debate launching a parliamentary investigation into the accident.