Frozen food makers plan to launch their first national TV ad in defense of their products on Tuesday as the category fights to boost slipping sales. 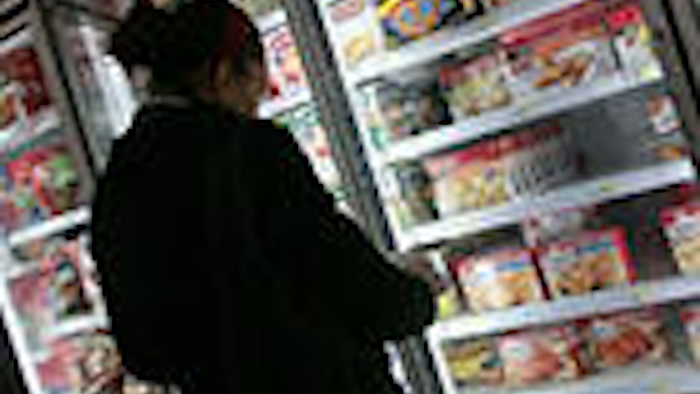 NEW YORK (AP) -- Frozen food makers plan to launch their first national TV ad in defense of their products on Tuesday as the category fights to boost slipping sales.

The ad will include the tag line "Frozen: How Fresh Stays Fresh" and is intended to address negative misconceptions people have about frozen foods.

It's part of a marketing campaign being funded by the American Frozen Food Institute, an industry group that represents companies including Nestle, which makes Hot Pockets and Lean Cuisine, and ConAgra, which makes Healthy Choice and Marie Callender's.

The push comes as frozen food sales have been hurt by a move toward food people feel are fresh or natural. Although frozen vegetables are often touted as being just as wholesome as their fresh counterparts, frozen meals and snacks are widely seen as being full of sodium and preservatives, or lacking in the taste department.

Between 2009 and last year, U.S. sales of frozen meals are down 3 percent at $8.92 billion, according to Euromonitor International. And this year, the market researcher is forecasting a decline of an additional 2 percent.

The Associated Press reported on the American Frozen Food Institute's plans for the campaign last month.

In a phone interview on Monday, Kraig Naasz, president of the American Frozen Food Institute, disclosed that the group plans to invest as much as $90 million in the campaign over three years.

"This is a long-term strategy. The primary purpose is to enter into a dialogue with consumers," he said.

In the 30-second commercial set to run on cable and network TV on Tuesday, a voiceover states that "freezing is nature's pause button." It also asks viewers to take "fresh look at frozen," as images of appealing foods that were apparently once frozen are shown.

The campaign is also tapping registered dietitian and author Keri Glassman as a representative to talk about the benefits of frozen foods in public appearances, including on "The View." The push is being funded by companies including General Mills, H.J. Heinz, Jasper Wyman & Son, Kellogg, Lakeside Foods, the Schwan Food Co. and Seneca Foods.

In the meantime, frozen food makers have also been revamping their product lineups to better suit eating trends.

ConAgra, for instance, simplified the recipes for its Healthy Choice line and Nestle's Lean Cuisine also introduced an "Honestly Good" line that is touts its natural ingredients.