Israeli drink maker SodaStream International Ltd. will relocate a factory next year that activists criticized for being in an Israeli settlement in the West Bank, a representative said Wednesday. Nirit Hurwitz said that the decision to move the facility to Lehavim in Israel's southern Negev... 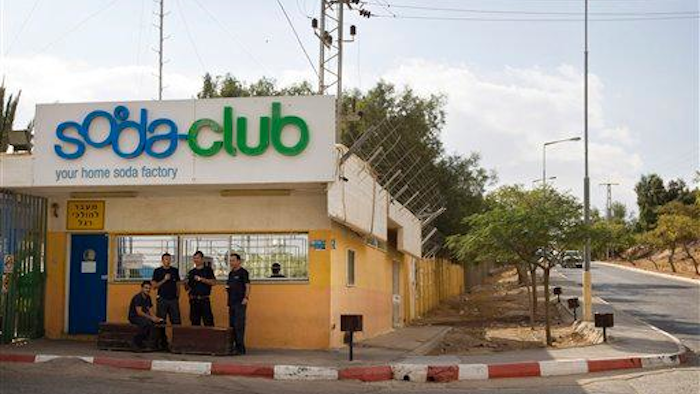 Israeli drink maker SodaStream International Ltd. will relocate a factory next year that activists criticized for being in an Israeli settlement in the West Bank, a representative said Wednesday.

Nirit Hurwitz said that the decision to move the facility to Lehavim in Israel's southern Negev region is for "purely commercial" reasons and is not connected to pressure from Palestinian activists who had boycotted the company because of its location.

Activists launched a campaign boycotting the company because of the factory being in an Israeli settlement in the West Bank, a territory captured by Israel in 1967 that's claimed by the Palestinians.

Hurwitz said the new location received a $20 million grant from the Israeli government. The new location "will become our flagship manufacturing site and is expected to deliver operational excellence and result in savings of 2 percent across our entire cost base." she said.

SodaStream has said it employs hundreds of Palestinians and gives them equal benefits as Israeli workers.

"We are offering all employees the opportunity to join us in Lehavim, and specifically, we are working with the Israeli government to secure work permits for our Palestinian employees," SodaStream CEO Daniel Birnbaum said.