What Does ‘Made In America’ Really Mean?

Imported products sold in the United States, from clothing to cars, contain far more U.S. parts or other value, and support significantly more American jobs than consumers or policymakers realize. 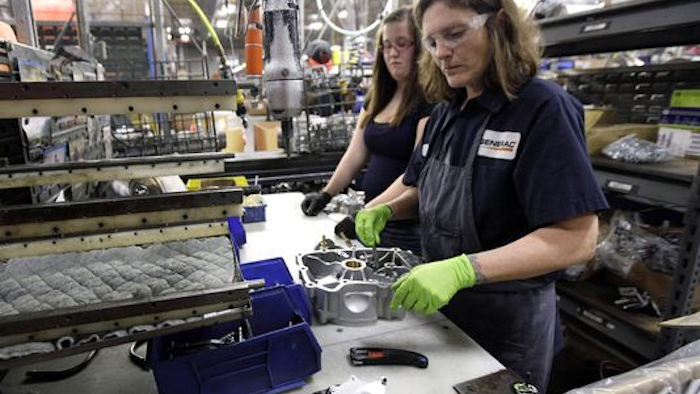 “This report looks at retailers’ worldwide sourcing of merchandise not just as a global supply chain but as a global value chain,” NRF President and CEO Matthew Shay said in a press release. “It shows the value added at each step along the way, not just in manufacturing but from the initial concept to the finished product. Even in a product that says ‘Made in China,’ much of what goes into that product is ‘Made in America.’ That means millions of American jobs for American workers regardless of what the label might say.”

Obviously the global economy is not as black-and-white as it’s often portrayed. For example, “foreign” car manufacturer Toyota claims to have created 365,000 jobs in the U.S. as of 2012. “Made in America” automotive can be particularly fuzzy when you consider the number of assembly plants and OEM suppliers who participate in the development and production of vehicles sold on American soil.

In fact, Cars.com's American-Made Index rates vehicles built and bought in the U.S. Factors include sales, where the car's parts come from and whether the car is assembled in the U.S. The index disqualifies models with a domestic parts content rating below 75 percent, models built exclusively outside the U.S., or models soon to be discontinued without a U.S.-built successor.

In the latest index, the Ford F-150 was the number one most American-made vehicle, but close on its heels was the Toyota Camry — a  vehicle model that held the number one slot for the four years prior. In fact, the top ten slots were evenly split between domestic brands (including Ford, Dodge, Chevrolet, GMC and Buick), and foreign carmakers Toyota and Honda. According to an Editor’s Note included with the Cars.com index:

In today's global economy, there's no easy way to determine just how American a car is. Many cars built in the U.S., for example, are assembled using parts that come from elsewhere. Some cars assembled in the U.S. from largely American-made parts don't sell well, meaning fewer Americans are employed to build them. Cars.com's American-Made Index recognizes cars that are built here, have a high percentage of domestic parts and are bought in large numbers by American consumers.

And as NRF points out, the labeling system for products from textiles to toys can also be opaque — failing to account for American added value.

But when we begin to assume foreign-labeled products are probably more American-made than we think, do we risk making decisions with our pocketbooks without a more thorough analysis? It’s already the hard choice to pick a made-in-the-USA product for a premium, when eBay offers you something (potentially) comparable for a 50 percent break. The NRF report says that product origin labels are misleading because federal law allows a product to be labeled “Made in America” or “Made in USA” only if American manufacturing workers made the product and “all or virtually all” of the value of significant parts and processing that go into the product were made or done in the United States.

Unfortunately these points can muddy the waters for a buyer. In the end, the report calls on policymakers to adopt trade policies that recognize the importance of U.S. jobs tied to imported products. It recommends that both U.S. and foreign tariffs be eliminated and that non-tariff barriers such as regulations that treat imported products differently also be removed. Trade facilitation measures affecting issues ranging from customs processing to transportation infrastructure are needed, and trade agreements should “recognize 21st Century global value chains.” The report specifically calls for passage of the Bipartisan Congressional Trade Priorities Act of 2014, which would “support U.S. participation in global value chains and ensure that trade agreements reflect the increasingly interrelated and multi-sector nature of trade and investment activity.”

How do you think the industry should handle “made-in” labeling? What is the role of the government? Leave your comments below.