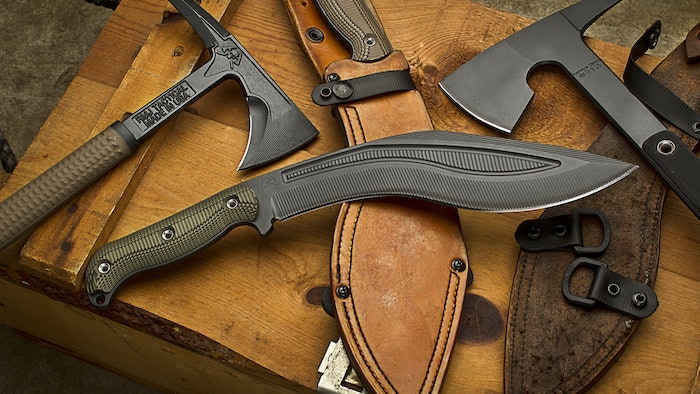 With a population of more than 176,000, Chattanooga is the fourth-largest city in the state of Tennessee. Surrounded by the Tennessee River and served by multiple railroads, the city has a long and storied history in manufacturing.

“It started with a pretty active industrial development period,” says Charles Wood, vice president of Economic Development at the Chattanooga Area Chamber of Commerce. “In the late 1800s, early 1900s we were known as the ‘Dynamo of Dixie’. There was lots of industry and that grew through the ‘50s and ‘60s.”

However, Wood says the area began to see a significant decline starting in the 1960s when air pollution was at a high. The steel industry fell and population dropped.

“The city put a lot of effort on cleaning up air pollution and started community planning on what we wanted to be in the future,” he says. “The idea was to make this a place where people wanted to live.”

Fast-forward to the early 2000s when a plan to reinvigorate the manufacturing base went into effect. Land was acquired from the federal government and redeveloped into an industrial park where Volkswagen now calls home.

“The whole focus was around landing a very large manufacturer that would bring in that supply chain,” Wood says. “It wasn't to just win the big fish. It was to win the big fish and the little fish that come too. That really reinvigorated the manufacturing base.”

Wood estimates Volkswagen’s investment alone is pushing $2 billion, and they have a lot of room to grow. The company’s supply chain has invested an additional billion dollars if he had to guess.

“We've had a pretty significant amount of investment that has come out of that,” he says. “I tell everyone that we make everything from over the counter Allegra to Zebra Cakes and everything in between.”

In late July, IMPO visited three up-andcoming, technology-based companies in Chattanooga to get a feel for things in Tennessee’s manufacturing hub.

Chattanooga has a rich legacy of entrepreneurs, and in recent years, the area has seen a resurgence as new service, tech and industrial businesses have popped up. Many are attracted to the area because it is “Gig City” — the first city in the western hemisphere to offer 10-gigabit per-second fiber internet service to all residents and businesses.

The Gig, as it’s affectionately called by residents and business owners alike, came to Chattanooga in 2010. The question was, what to do with all that high-speed internet?

That’s where GIGTANK 365, a boutique accelerator for startups developing ultra-high bandwidth business applications, came into play. Many of the first startup companies that moved to Gig City were in the 3D printing industry.

“That bandwidth has allowed the 3D printing industry to gear up in a more significant way here than you would find in other places,” Wood says. “It's a good industry sector that blends high tech innovation with more traditional manufacturing.”

First on IMPO’s Chattanooga tour was Collider Tech. Founded 18 months ago, it was the newest startup we visited. CEO and co-founder Graham Bredemeyer first came to the city as part of GIGTANK, looking to put together America’s first 3D printing accelerator program, and ended up forming his own company.

In developing the company’s flagship printer — Orchid — Bredemeyer and his team revolutionized how 3D printing is done. The system uses DLP printing and a specific wavelength of light to cure the liquid resin into the shape programmed into the machine.

But unlike traditional DLP printing that has the build plate moving out of the resin in between each layer, Collider’s technology enables for a continuous pull.

The key piece of Collider’s technology is what happens inside the machine after the mold printing is done. Collider’s tech is different from most 3D printers in that instead of printing the actual part, the Orchid prints out a shell, or mold. It can then be filled with basically any material used in traditional injection molding, including rubber, silicone, plastic and even metal.

The material cures inside the mold, is removed from the build plate and put into a hot water bath. The mold dissolves, leaving you with a finished piece. For the metal parts, the process is finished in a furnace where the metal is sintered and the binder-resins are burned off.

“It’s like an injection molding machine where the mold can change at the push of a button,” Bredemeyer says.

The technology shortens the product development lifecycle allowing companies to make prototypes in production quality materials. Another benefit of the new technology, Bredemeyer says, is cost and time savings. The traditional mold process usually costs more than $10,000 per mold.

“If you compare this to the traditional molding process, Collider's process is going to save you weeks,” he says. “There is no mold to wait for and no shops to coordinate with, and Collider's machine can make your part in a matter of hours.”

Currently, Collider leases Orchid to innovation departments at major manufacturers, as these companies improve their speed to market by focusing on improved prototyping.

Soon, they will lease to service bureaus, R&D and design shops, and other manufacturers.

“We're looking at reducing product development lifecycle, reducing inventory costs for high-inventory products, and mass customization,” Bredemeyer says. “I think there is a mindset that 3D printing isn't going to disrupt the supply chain for decades, but it's happening way faster than that.”

Next up on our tour was Manufacturing Repair & Overstock (MRO). Five years after first starting the business, MRO has recently moved into new, larger, digs. Even before any photos were hung on the walls, its 38 employees set to work checking in, diagnosing and repairing equipment sent in from customers.

Co-founders Justin Wilson and Russell Looper describe the company as a solutions provider. On any given day MRO receives anywhere from 20 to 100 boxes with broken equipment looking to be repaired — everything from a circuit board to industrial robots.

“We try to be the solutions provider,” Looper says. “Our whole goal is to reduce our customers’ downtime.”

It is MRO’s job to find the best solution for their customer. Sometimes that means replacing diodes and capacitors or buying a refurbished piece of equipment. The machine part could be new, or it could be decades old.

“That’s the benefit of companies like us. Maybe you have a $1,100 touch screen on a machine that's damaged and the original manufacturer of that piece doesn't support it anymore and you end up with a million-dollar paperweight,” Looper says. “Whereas people like us, we can take that part, repair it and keep that machine going.”

Looper likes to equate diagnosing a broken piece of equipment to a hospital patient. “A lot of times the patient shows up in the emergency room and no one knows what happened,” he says. “They are just lying on the gurney and you have to figure out how to get them back to consciousness and alive.”

MRO and its expert staff currently services thousands of facilities from all over the county. Many of the technicians have specific skills — some good at electronics others at servo motors. In addition to regular training, the team also share knowledge and work together to make sure a repair is done right and quickly. The average turn-around time on a repair is 10 days.

“What I love about our system is if something comes in that someone is having a hard time figuring out or isn't familiar with it, we have all the experience of all these guys and girls that can put their heads together and figure out an answer,” Looper says.

Utilizing a repair company such as MRO is beneficial to manufacturers because not many companies can afford to have the number of experienced technicians on-hand that MRO does.

Finishing up our tour was RMJ Tactical. RMJ Tactical founder Ryan Johnson got involved in the art of blacksmithing at the age of 12 years, when he took up an interest in ninja tools such as throwing stars, knives and swords.

“He thought ‘if I make them, my parents will let me have them’,” says Johnson’s business partner and RMJ Tactical president Richard Carmack. “So he got a hibachi grill, a piece of railroad track and a ballpein hammer and he started making knives.”

That interest grew into a calling and a career path. In 2001, Johnson was tasked by an Air Force Special Operations member to make something capable of penetrating a Kevlar helmet. From there, the modern day, all-steel tomahawk was born.

Since then, RMJ Tactical — officially founded in 2005 — has been producing top-quality tomahawks, knives and other tactical gear for members of the military, law enforcement and the avid outdoorsman. Carmack says the tomahawk is more than a weapon — it’s an all-purpose tool.

RMJ Tactical production has been growing steadily and quickly outgrowing space. It currently operates with 12 employees, but Carmack expects to need four more by the end of the year.

Prior to moving to its new location the company was producing 300 units each month. In the new space, Carmack estimates producing 500 or more — basically doubling output.

“We’re world-class as far as tomahawks go,” he says. “Now we’re learning how to be a great manufacturer.”

Chattanooga, and that’s where Collider currently calls home. The 127,000-square-foot building offers space and support for those looking to start their own business and make it a success. The INCubator helps entrepreneurs succeed through a three-year progressive development program. It also provides shared administrative services, manufacturing and office space, training workshops, use of a state-of-the-art technology conference center and access to free onsite business counseling.

Currently the facility is at capacity with 73 companies. Kathryn Menchetti, director of small business and entrepreneurship, says theINCubator graduates one-third of its population every year.

Now in its 30th year, the INCubator boasts 560 graduates. MRO was the 500th graduate.

“We have below-market rent so they can put their money back into the company,” Menchetti says. “We soften the blow for them. One out of every two businesses fail and we have a 92-93 percent success rate. It’s a rich environment of entrepreneurship.”