It is not surprising that this increased public attention on energy drinks has been accompanied by litigation. Four energy drink makers were served with personal injury or wrongful death lawsuits in the second half of 2012, and there are now numerous websites that solicit plaintiffs who claim to have suffered energy drink related injuries. 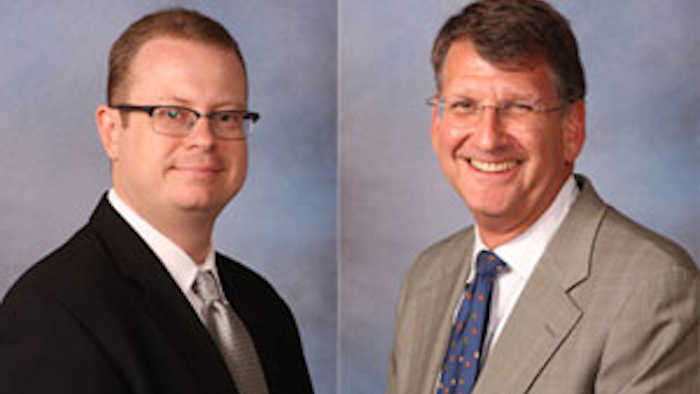 Sales of energy drinks have increased every year for the past 10 years. With rising popularity, however, has come increased scrutiny from Congress and federal regulators.

In November 2012, three senators requested that the Federal Trade Commission open an investigation into the marketing of energy drinks, and in January 2013 the same group of senators sent questionnaires to 14 energy drink makers inquiring about their marketing practices.

Congress has also shown concern regarding potential health risks associated with energy drinks. In an October 2012 letter to the FDA, Senators Durbin and Blumenthal wrote: “There has been alarming evidence that energy drinks pose a potential threat to the public’s health.”This followed a report by the U.S. Health and Human Services Department that referred to energy drinks as a “rising public health problem,” and gave figures suggesting that emergency room visits linked to energy drinks doubled between 2007 and 2012.

It is not surprising that this increased public attention on energy drinks has been accompanied by litigation. Four energy drink makers were served with personal injury or wrongful death lawsuits in the second half of 2012, and there are now numerous websites that solicit plaintiffs who claim to have suffered energy drink related injuries.

An energy drink maker should consider several questions, in consultation with legal counsel, to assess its potential vulnerability to litigation. These questions will also be useful going forward, in helping to design marketing campaigns and packaging less likely to serve as the basis for consumer litigation.

What does advertising claim regarding the effects of the product?

Energy drinks typically differentiate themselves from other soft drinks by claiming to increase a consumer’s energy level. The legal implications of these claims are considerable.

Under FDA guidelines, health claims for foods and dietary supplements are limited to claims about reducing the risk of a disease or health-related condition1. Claims about treating, mitigating or curing medical conditions are reserved for drugs. Nonetheless, advertising for various energy drinks claims that they will “fix the feeling of tired,” provide “hours and hours of energy,” and make the consumer “sharper and more alert.” One popular energy drink claims that it “increases concentration and improves reaction speed.”

Producers of energy drinks should carefully evaluate whether health claims in their marketing are permissible under FDA regulations, and make corrections if needed. Manufacturers may decide that they can avoid the FDA requirements by not referring to their products as a “dietary supplement” or as an “energy” product per se, but the key factor determining how the FDA will treat the product will likely be the nature and tone of the labeling and marketing.

Most energy drinks are marketed as either dietary supplements or as conventional beverages2. For the manufacturer, a major advantage to marketing as a supplement is that supplements are allowed to contain higher caffeine levels than beverages.  However, the Dietary Supplement and Nonprescription Drug Consumer Protection Act requires producers of dietary supplements to file adverse event reports with the FDA, without imposing a similar requirement on beverage producers. While this law does not require that the FDA make adverse event reports public, and the FDA typically has not done so, in October 2012 it reversed course and began releasing the reports.

Compliance with adverse event reporting would be a key component in any potential defense to an injury claim. A drink maker who markets a supplement and complies with reporting requirements can argue that the FDA was fully informed of the potential effects of the product.  By contrast, one who fails to provide accurate reports loses the opportunity to make this defense, and opens himself to accusations that he knowingly misled the FDA. Even producers who market their product as beverages should consider whether there is an advantage in submitting adverse event data to the FDA, as disclosure allows the argument that the producer went beyond what was required in order to keep regulators fully informed.

One focus of congressional inquiry has been on advertising directed primarily to children and teenagers, and the FDA includes “young people” among the “vulnerable groups” in which it is assessing the health effects of energy drink consumption.  Accordingly, any advertising aimed primarily at young people should be vetted with special care by drink makers and legal counsel.

Michael Gruver and Glenn Pogust are lawyers in the Product Liability Group of law firm Kaye Scholer LLP. They can be reached at michael.gruver@kayescholer.com and glenn.pogust@kayescholer.com.

2For guidance on distinguishing between supplements and conventional beverages see FDA Guidance for Industry: “Factors that Distinguish Liquid Dietary Supplements from Beverages, Considerations Regarding Novel Ingredients, and Labeling for Beverages and Other Conventional Foods.”  (December 2009)  FDA has promised to release additional guidance in 2013.