Asbestos from a vermiculite mine owned by W.R. Grace polluted the area until 1990. 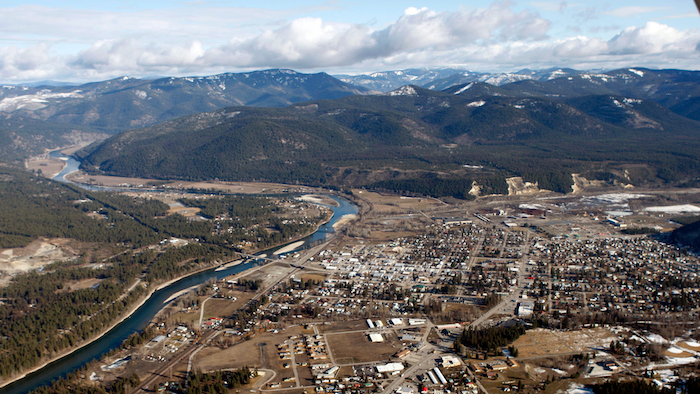 BILLINGS, Mont. (AP) — State regulators are taking over maintenance of a decades-long environmental cleanup in two northwestern Montana towns where lung-damaging asbestos contamination has been blamed in hundreds of deaths.

The U.S. Environmental Protection Agency on Wednesday transferred responsibility for protecting the towns of Libby and Troy from further contamination to the Montana Department of Environmental Quality.

Asbestos from a vermiculite mine owned by W.R. Grace polluted the area until the mine was shuttered in 1990. Cleanup work began in 2000, after media reports spurred federal officials to investigate widespread health problems among area residents.

More than 2,600 homes, businesses and other properties were cleaned up at a cost of more than $600 million under the U.S. Environmental Protection Agency’s Superfund program for hazardous sites. Roughly 1 million cubic yards of soil and other material were removed during that process.

However, some asbestos remains in the soil and in people’s houses where vermiculite was used for insulation. With the transfer of responsibility, state and local officials will be responsible for handling any new discoveries of contamination, such as during construction or excavation work.

“These are small amounts of contamination that are still left," EPA spokeswoman Beth Archer said. “That's not posing a risk for people...It's in areas that people can't reach."

The state will face ongoing costs estimated at $663,500 annually. That includes any additional cleanup work that must be done, routine inspections and other costs.

The microscopic fibers of asbestos can cause lung problems and eventually death. Health officials estimate that several thousand people have been sickened in northwest Montana from exposure to Libby’s asbestos and at least 400 have died.

While state and local officials are taking over management of much of the remaining contamination, EPA will retain some oversight.

State and federal officials described Wednesday’s transfer as a milestone in their efforts to clean up the town and get it off the Superfund list. But the legacy of the contamination is expected to linger for many years as the health problems of people who were exposed worsen over time.

An unprecedented public health emergency declared in Libby by the EPA in 2009 remains in place. The timing on a complete removal of the site from the Superfund list has not been determined, said DEQ spokesman Moira Davin.

The mine site itself, just outside Libby, has yet to be cleaned up by W.R. Grace. A feasibility study that would help determine the parameters of that cleanup is pending, Davin said.

Grace is responsible for the cleanup costs at the mine and in 2008 agreed to pay a $250 million settlement for cleanup work elsewhere in the area.