Cloud Computing is opening up many possibilities in the world of Predictive Maintenance (PdM). The benefits are quickly realized by companies who choose to leverage this technology. 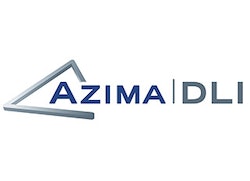