From June 27th to August 25th, 2013, participate in Rousseau’s contest for a chance to win a special edition cabinet with carbon fiber motif drawer fronts. 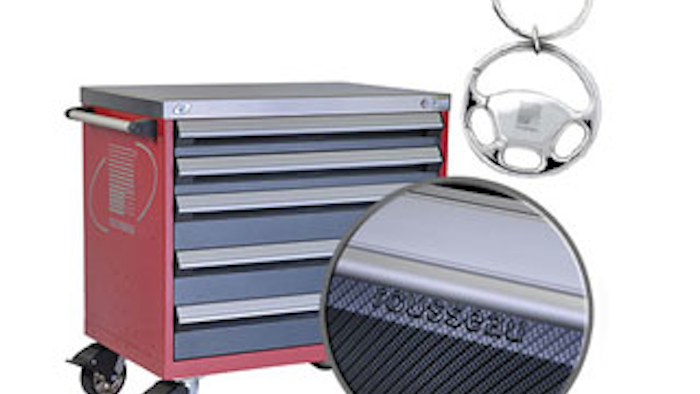 [[{"fid":"160555","view_mode":"media_original","type":"media","attributes":{"height":232,"width":320,"style":"float: right;","alt":"Rousseau","title":"Rousseau","class":"media-element file-media-original"}}]]From June 27th to August 25th, 2013, participate in Rousseau’s (St-Jean-Port-Joli, Québec, Canada) contest for a chance to win a special edition cabinet with carbon fiber motif drawer fronts. There are three ways to participate: the company’s web sites www.rousseaumetal.com and www.rousseau-automotive.com, as well as the Rousseau Metal Facebook page. Get three more chances to win by answering a bonus question on each of the above mentioned sites. The first 1950 contest participants will receive a keychain identified with Rousseau's logo and the company’s partner’s logo, Rahal Letterman Lanigan Racing.