Airlines say the service could interfere with electronics that pilots rely on. 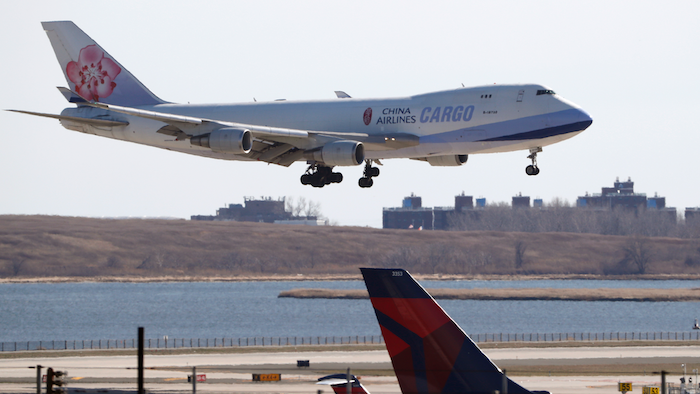 WASHINGTON (AP) — Verizon and AT&T have rejected a request by the U.S. government to delay the rollout of next-generation wireless technology.

A joint letter Sunday from the telecommunications giants to U.S. Transportation Secretary Pete Buttigieg and Steve Dickson, the head of the Federal Aviation Administration, sought to dismiss concerns brought by U.S. airlines that a new 5G wireless service could harm aviation.

But Hans Vestberg, CEO of Verizon Communications, and John Stankey, CEO of AT&T, also wrote that they were willing to accept some temporary measures over the next six months to limit the service around certain airport runways.

Airlines had asked the Federal Communications Commission to delay this week’s scheduled 5G rollout, saying the service, set to launch Wednesday, could interfere with electronics that pilots rely on.

Airlines for America, a trade group for large U.S. passenger and cargo carriers, said in an emergency filing that the FCC has failed to adequately consider the harm that 5G service could do to the industry. The group wants more time for the FCC and the FAA, which regulates airlines, to resolve issues around aviation safety. Those are related to a type of 5G service that relies on chunks of radio spectrum called C-Band, which wireless carriers spent billions of dollars to buy up last year.

Siding in part with airlines, Buttigieg and Dickson wrote late Friday to the CEOs of AT&T and Verizon to propose a delay in activating 5G C-band service near an undetermined number of “priority airports” while the FAA studies the potential for interference with aircraft operations.

AT&T and Verizon previously agreed to a one-month delay in 5G, which provides faster speeds when mobile devices connect to their networks and allows users to connect many devices to the internet without slowing it down. But the telecommunications executives said Sunday that further delays requested by the government would harm their customers.

“Agreeing to your proposal would not only be an unprecedented and unwarranted circumvention of the due process and checks and balances carefully crafted in the structure of our democracy, but an irresponsible abdication of the operating control required to deploy world-class and globally competitive communications networks that are every bit as essential to our country’s economic vitality, public safety and national interests as the airline industry," the executives wrote.