It will support 200 engineering jobs.

Ford Ion Park represents $100 million of Ford’s $185 million investment in developing, testing, and building vehicle battery cells and cell arrays. It is part of the company’s $30 billion investment in electrification by 2025 and a renewed commitment to making Michigan a centerpiece of its focus on EVs. 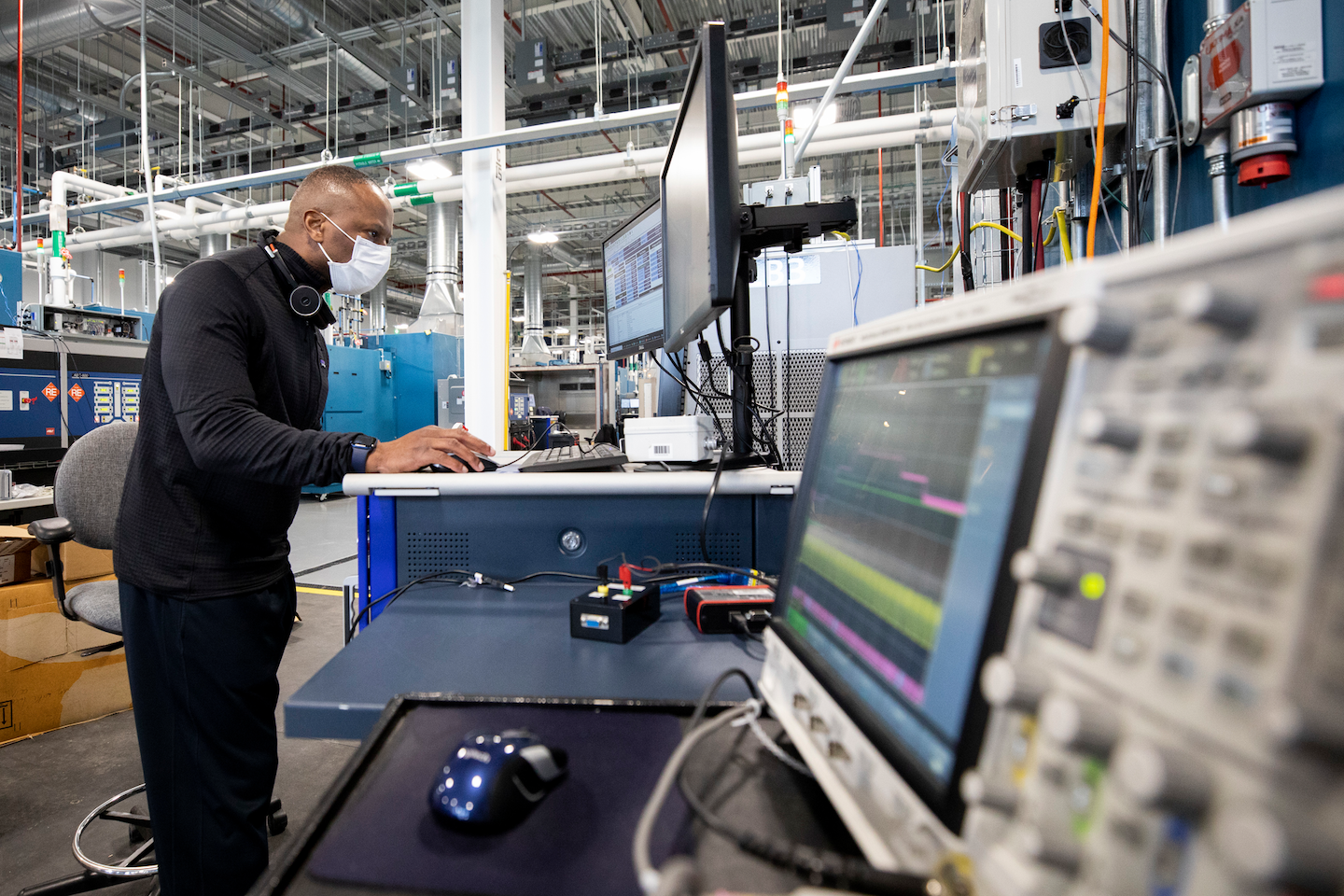 In 2010, Ford committed to making Michigan its center of excellence for electric vehicles and chose the lab’s Romulus location with collaboration and expedited tech sharing in mind.

The company has committed to assemble its all-new, all-electric Ford F-150 Lightning, with foreign and domestics parts, at the Rouge Electric Vehicle Center in Dearborn, Mich. adding 500 direct jobs with the support of the Good Jobs for Michigan Program. 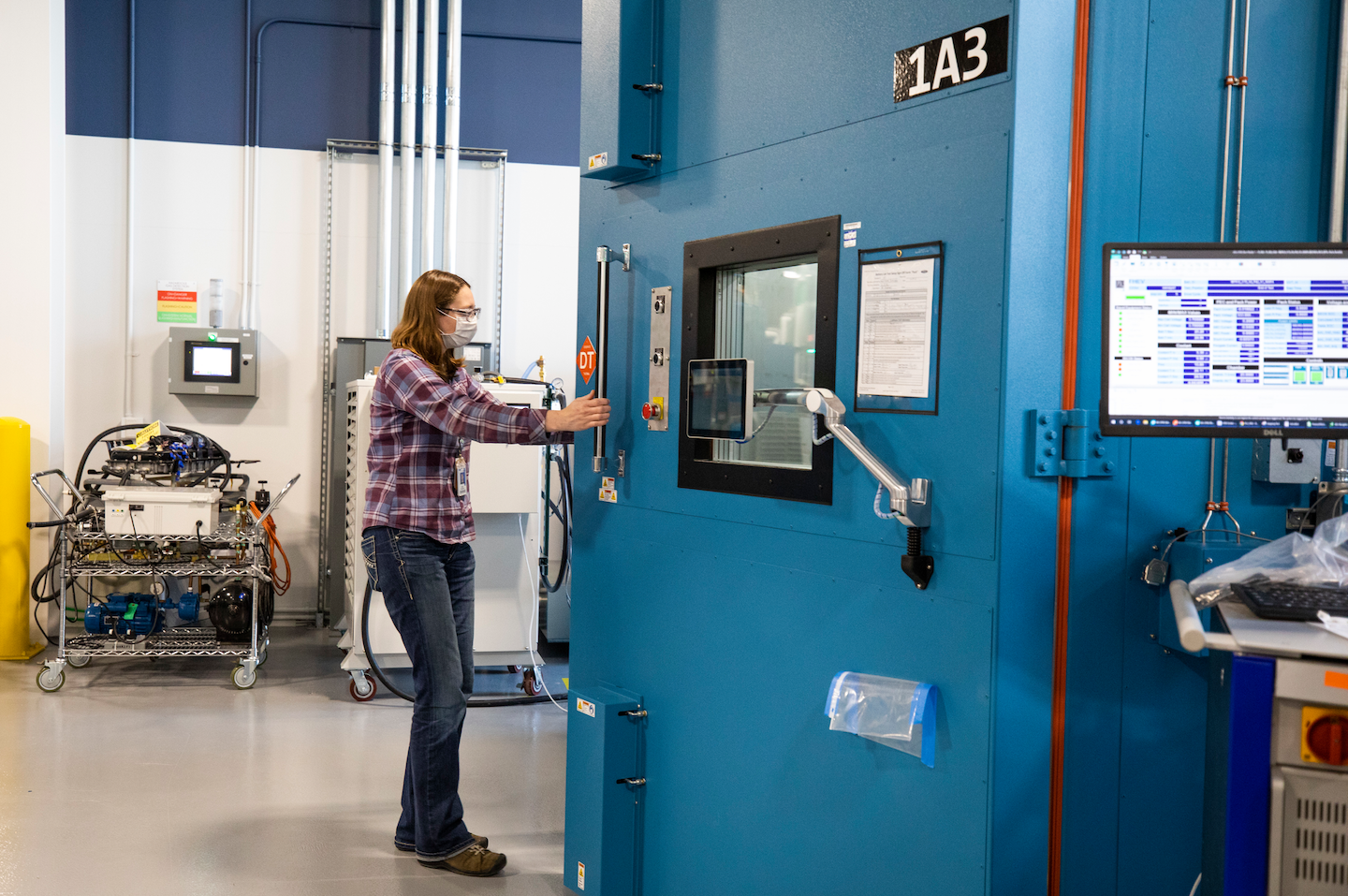 Ford also repositioned its half-century-old Van Dyke Transmission Plant in May – renaming it the Van Dyke Electric Powertrain Center and expanding its production line to produce electric motors and electric transaxles for hybrid and fully electric vehicles, retaining a total of 225 Michigan jobs.

Ford will refurbish an existing 270,000 sq.-ft. facility to house up to 200 engineers and include world-class pilot-scale equipment for electrode, cell and array design and manufacturing engineering and innovation.

The lab will use state-of-the-art technology to pilot new manufacturing techniques that will allow Ford to research and quickly scale breakthrough battery cell designs with novel materials as part of its plan to vertically integrates battery cells and batteries.

From mines to recycling, the Ford Ion Park team is working with experts across the company, including experts at Ford’s previously announced Battery Benchmarking and Test Laboratory, Ford Customer Service Division, plus key suppliers and partners. 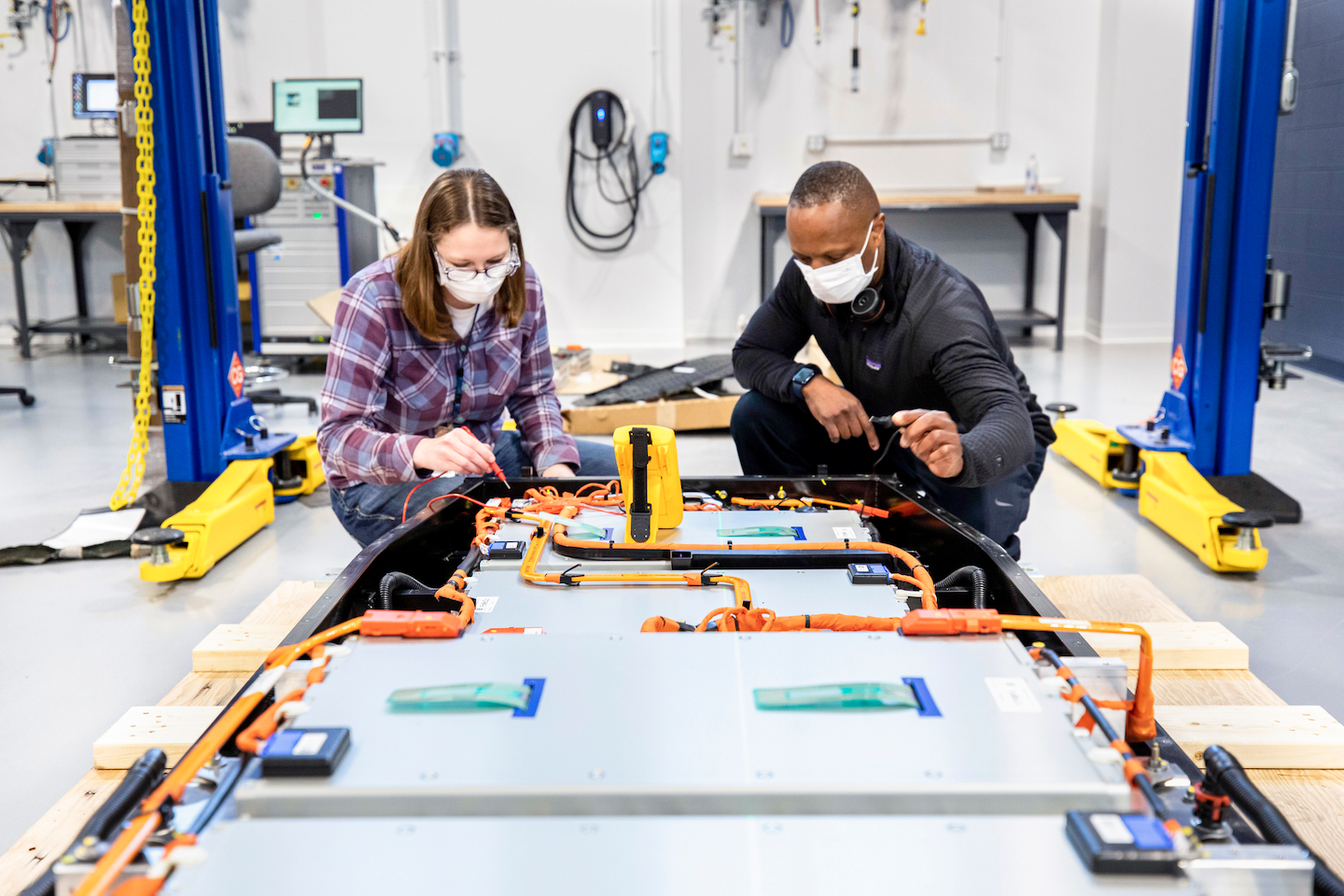 Dane Hardware, Ford Motor Co. design and release engineer, and Mary Fredrick, Ford Motor Co. battery validation engineer, measure the voltage of a battery using a digital multi-meter at Ford’s Battery Benchmarking and Test Laboratory in Allen Park, Michigan. Since this battery is not connected to a test setup, the meter is used to confirm the battery voltage and check isolation.Ford Motor