He joined hundreds of academics calling to halt funding for an Israeli university in the occupied West Bank. 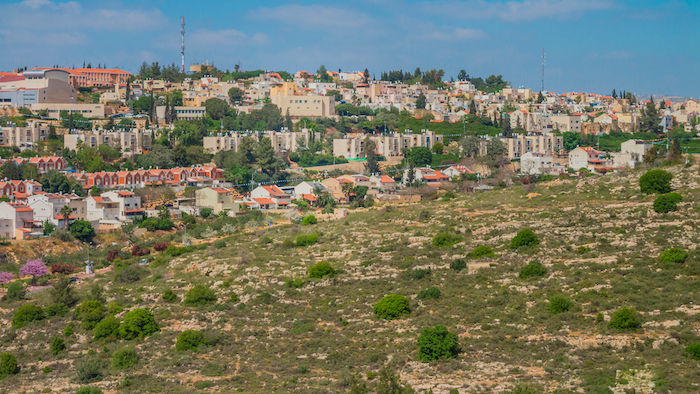 JERUSALEM (AP) — Israel's top court on Thursday upheld a Cabinet minister's decision to temporarily block a prominent academic from receiving the country's highest honor after he called on the EU to halt funding for an Israeli university located in the occupied West Bank.

The ruling by Israel’s Supreme Court drew accusations that the country’s leaders are trying to stifle critics.

Oded Goldreich was nominated for this year’s Israel Prize in mathematics and computer science by a panel of judges. But shortly after the nomination was announced, nationalist groups called for his disqualification, claiming he supported the Palestinian-led international grassroots boycott movement against Israel.

Last month, Goldreich and hundreds of other academics signed a petition calling on the European Union to halt funding for Ariel University, located in the West Bank, saying it legitimized Israeli settlements.

Upon learning of the controversy, Education Minister Yoav Gallant, a member of the ruling Likud party and supporter of the settlements, refused to sign off on Goldreich's award. The signature is usually a formality. The nominating judges then appealed to the Supreme Court, saying Gallant had no authority to block their choice.

In Thursday’s ruling, the court gave Gallant 30 days to reach a decision about awarding the prize to Goldreich, in effect blocking him from receiving the recognition at Sunday's ceremony. Should he ultimately receive the prize, “it will be possible to do so at the Israel Prize ceremony held next year or at an earlier date,” the court said.

The prize's mathematics and computer science committee said Thursday it was dismayed that the award had turned into “a political playing field, and that the regulations of the prize are not being upheld by the education minister.”

It called on the court to ensure that Goldreich, a professor of computer science at Israel’s Weizmann Institute, receives the prize. Goldreich has said he does not support the boycott movement against Israel but objects to its policy of building settlements on occupied lands.

Michael Sfard, Goldreich’s attorney, said that Gallant and Attorney General Avichai Mandelblit “created a clear McCarthyistic track for denying the Israel Prize to people with positions opposing occupation, expulsion and apartheid, and thus bar from it an entire political camp in Israel that is guilty of the same crime.”

Israel captured the West Bank in the 1967 Mideast war and has built scores of settlements there in the decades since. Most of the international community considers them illegal under international law and an impediment to the establishment of a Palestinian state as part of a negotiated resolution of the conflict.

It’s the second scandal relating to this year’s Israel Prizes. Last month Yehuda Meshi-Zahav, who was awarded the Israel Prize for Lifetime Achievement, relinquished the honor as a growing list of accusers stepped forward with allegations of sexual abuse.