How to Finance the Climate Battle

A U.N. special envoy called for more to be done to secure trillions in private investment. 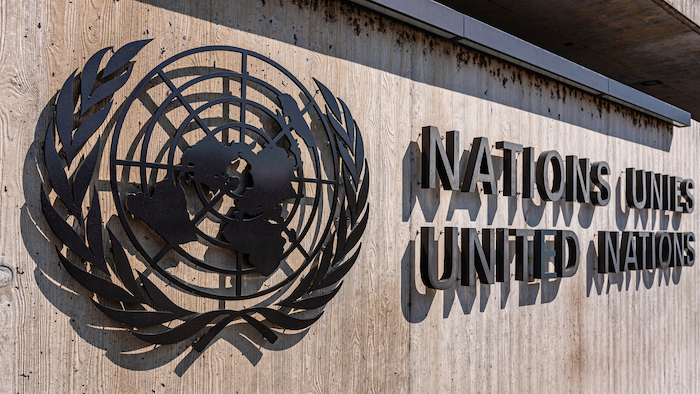 LONDON (AP) — The U.N.’s special envoy for climate change on Monday laid out a strategy for financing efforts to cut carbon emissions, calling on companies to be more transparent about their efforts and the impact rising temperatures will have on their operations.

Mark Carney, the former governor of the Bank of England, said 126 countries have committed to achieving net-zero carbon emissions and investors overseeing more than $140 trillion are demanding that companies do more to assess the risks and opportunities of climate change. But, he said, more needs to be done to secure the trillions of dollars in private investment needed to slow the rise in global temperatures.

Carney’s speech to financial leaders in London comes as the U.K. prepares to host the next U.N. climate summit, known as COP26, a year from now in Glasgow. The summit’s goal is to ensure the world meets the Paris climate accord’s goal of limiting global temperature rises to no more than 1.5 degrees Celsius.

“When the world’s governments set the goal of net zero and over $100 trillion of capital are demanding action, at a minimum, major companies need to disclose whether the assumptions in their financial accounts are aligned with Paris,’’ Carney said. “In other words, are they joining us on the Road to Glasgow or not?’’

The comments come at a crucial moment for climate campaigners. The U.S., which withdrew from the Paris Agreement under President Donald Trump, is expected to rejoin the accord once President-elect Joe Biden takes office.

Carney has long championed the notion that making companies accountable for their impact on the planet is the first step toward reducing greenhouse gases.

He said Monday that companies need to go further by disclosing the risks climate change poses to their businesses and their plans for the future. Investors such as banks, insurance companies and investment funds should also disclose how their choices are aligned with climate goals, he said.

“Over time, investors won’t just judge company transition plans, they too shall be judged,’’ Carney said.

Finally, Carney called for the creation of new markets, particularly in carbon offsets, to facilitate investment in the projects needed to meet climate goals, the most cost-effective of which are in the developing world.

Carbon offsets occur when a polluter pays someone else to reduce their emissions, then receives credit for those reductions. These credits can then be used to offset the polluter’s own emissions, reducing net releases into the atmosphere.

While demand for such offsets is likely to soar as more companies commit to net-zero emissions, this market “barely exists,” Carney said.

“Climate change is a global challenge. Much of the critical investment will take place in emerging and developing economies,” Carney said. “For this to happen, we need to turn billions of public capital into trillions of private capital.