Cardinal Health will pay $26.8 million as part of a settlement with the Federal Trade Commission over charges it monopolized the sale in 25 markets of low-energy radiopharmaceuticals. 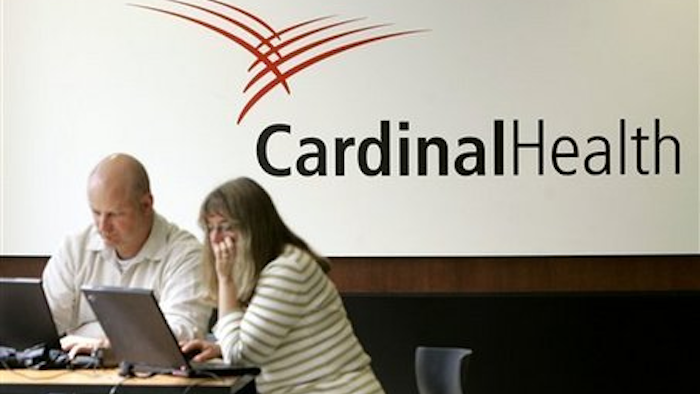 NEW YORK (AP) — Cardinal Health will pay $26.8 million as part of a settlement with the Federal Trade Commission over charges it monopolized the sale in 25 markets of diagnostic drugs known as low-energy radiopharmaceuticals.

The charges allege that the pharmaceutical and medical-products distributor forced hospitals and clinics to pay inflated prices for the drugs, used to diagnose a range of conditions, including heart disease.

The FTC said Monday that Cardinal Health did this by employing various tactics to get both Bristol Myers-Squibb and General Electric Co. to refuse to grant distribution rights for their radiopharmaceuticals used in heart stress tests to potential Cardinal competitors in those 25 markets. Without rights for those agents, competitors' businesses were not financially viable, the FTC said.

Officials at Cardinal Health Inc., which is based in Dublin, Ohio, could not immediately be reached for comment.

The FTC said the settlement is the second largest it has obtained in an antitrust case.

"We have reason to believe that Cardinal Heath, by preventing other radiopharmacies from entering its markets, was able to deny customers the benefits of competition and reap monopoly profits from the sale of radiopharmaceuticals for a sustained period of years," said FTC Chairwoman Edith Ramirez, in a statement.

The settlement money will be placed in a fund that will be distributed to customers who had to pay the inflated prices, the FTC said.

Cardinal Health is also barred from entering into simultaneous exclusive deals with makers of the same radiopharmaceutical product and it must notify the FTC before entering into any new exclusive distribution agreements.