SEC Opens Door To Startup Investing For All

A new form of crowdfunding is coming soon that will allow startups to raise money by selling stock to Main Street investors. 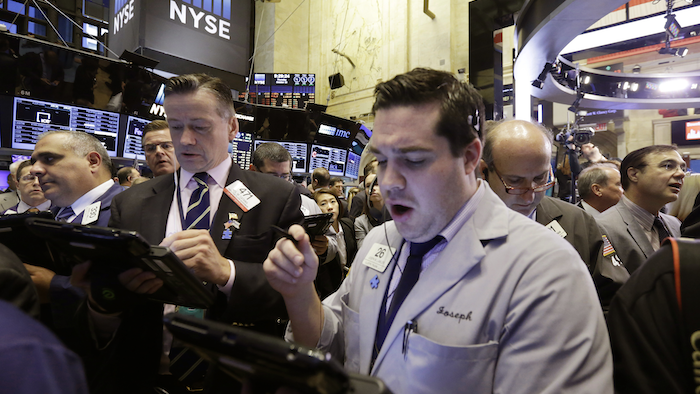 WASHINGTON (AP) — A new form of crowdfunding is coming soon that will allow startups to raise money by selling stock to Main Street investors.

The Securities and Exchange Commission on Friday adopted rules implementing a 2012 law that opened the door to securities crowdfunding. The vote was 3-1 at a public meeting.

For years, artists, charities and entrepreneurs have used the power of the Internet to generate money for projects. Starting in mid-2016, businesses will be able to offer investors a piece of their company by legally selling stock online.

For investors, it's a chance to make a small profit and possibly get in early on the next Twitter, Instagram or Uber.

But it also entails high risk, given that a majority of startups fail. About half of all small businesses shut down within the first five years. Some critics also warn that investment crowdfunding is ripe for fraud.

The new SEC rules won't prevent the types of fraud that can arise in conventional online scams, said Mercer Bullard, a law professor at the University of Mississippi who is a mutual-fund investor advocate.

"You can embezzle someone's money in the guise of making a securities offering," Bullard said in a telephone interview.

With an eye to protecting investors, the crowdfunding securities offerings can only be made through brokerage firms or new Internet funding portals that must be registered with the SEC. The portals will be expected to provide investors with materials explaining the process, investment limits and resale restrictions. To reduce fraud risks, the portals are charged with vetting the companies and the prospective investors.

SEC Chair Mary Jo White said before the vote that agency staff "will begin immediately to keep a watchful eye on how this market develops."

They will assess what kinds of companies use the new crowdfunding offerings, how closely they follow the rules and whether the new practice promotes the raising of capital while also protecting investors.

The SEC proposed the crowdfunding rules two years ago. Waiting at the starting gate for the final rules to take effect: legions of startups in areas such as packaged food, medical and biotechnology, restaurants and real estate.

Lisa Fetterman, the founder and CEO of cooking equipment startup Nomiku, sees a potential opportunity — "because banks aren't going to give you money," she said. The company sells machines for sous-vide cooking, a sort of vacuum method meant to cook evenly and seal in moisture, to both home cooks and restaurants.

Nomiku has raised about $1.3 million in the past few years through conventional crowdfunding on Kickstarter. Now with SEC rule change, Fetterman sees about a 50-50 chance her company will plunge into investment crowdfunding. Key factors are the quality of funding portals and the extent to which they can vet investors, she said.

Investors generally couldn't resell their crowdfunding securities for one year.

Under current rules, only "accredited investors" who meet certain wealth thresholds can fund startups. They must either have a net worth of $1 million, excluding the value of their primary home, or have generated income of $200,000 or more in each of the last two years.

For their part, companies will be allowed to raise a maximum of $1 million a year from individual investors without registering with the SEC. Companies will have to provide information to investors about their business plan and how they will use the money they raise, as well as a list of their officers, directors and those who own at least 20 percent of the company.

Raising money for startups "is like fishing in a pond. You have more pond to fish in now," said Hitomi Kimura, a co-founder of DinersCode, which sends customers to Manhattan restaurants by offering free drinks, perks and discounts for frequent diners. Kimura also will be looking into the new crowdfunding.

Indiegogo, a titan of conventional crowdfunding along with Kickstarter, may branch out and get into the securities crowdfunding game.

"All of us at Indiegogo are excited that the SEC is formally expanding the way in which everyone will be able participate in the entrepreneurial ecosystem through the amazing power of crowdfunding," CEO Slava Rubin said in a statement. "We're now exploring how equity crowdfunding may play a role in Indiegogo's business model."

The goal of the 2012 law was to help entrepreneurs raise money quickly when they couldn't attract attention from venture capitalists or traditional deep-pocketed investors.

At the same time, the law eased the SEC's regulatory reach by giving the startups an exemption from filing rules. The rationale was that new businesses in a hurry to raise money would be hampered by having to submit paperwork. It was an about-face for Congress after expanding the SEC's powers only two years earlier in response to the 2008 financial crisis.