Federal officials say the technology race for e-cigarettes could make creating standards for the devices, which heat a liquid to create vapor rather than burning tobacco, more difficult in the future. 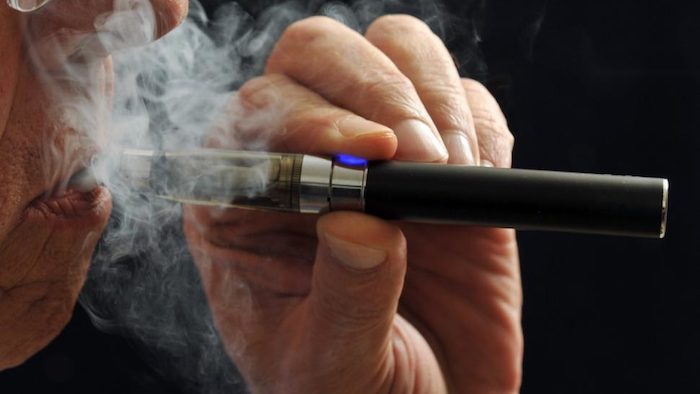 RICHMOND, Va. (AP) — Just a few years ago, early adopters of e-cigarettes got their fix by clumsily screwing together a small battery and a plastic cartridge containing cotton soaked with nicotine.

Now, the battery-powered contraptions have computer chips to regulate puffs and temperature, track usage, talk to other electronic devices and even blink when "vapers" are near each other.

Federal officials say the technology race could make creating standards the devices, which heat a liquid to create vapor rather than burning tobacco, more difficult in the future. Unlike traditional smokes that are simply chopped tobacco rolled in paper with a filter, e-cigarettes come in many shapes and sizes and the technological changes only make regulating them more of a headache.

At the same time, a rapidly growing market for e-cigarettes and the possibility that the devices could be safer than regular cigarettes have some in the industry worried that regulation that's too heavy-handed would stifle the technological innovation — and their businesses.

"I think it's fair to say that there will always be some degree of a gap between (data) and the latest innovations," Mitch Zeller, director of the U.S. Food and Drug Administration's Center for Tobacco Products, said in a recent interview with The Associated Press. "But that's the beauty of regulation because over time, regulation closes that gap. ... We will get to a point where new products have to come through us first."

It's unclear how quickly regulation will proceed, but the FDA seems to be taking a deliberate approach.

In April, the FDA for the first time proposed a set of regulations for e-cigarettes, including banning sales to minors and requiring health warning labels, as well as approving new products. The agency has said its proposal sets a foundation for regulating the products but the rules wouldn't immediately ban the wide array of flavors or styles of e-cigarettes or curb marketing on places like TV.

Smokers like e-cigarettes because the nicotine-infused vapor looks like smoke but doesn't contain the thousands of chemicals, tar or odor of regular cigarettes. Some, known as "cig-a-likes," look like traditional cigarettes and use sealed cartridges that hold liquid nicotine. Others have empty compartments or tanks that users can fill their own liquid. Users also can buy different batteries and pieces to build their own e-cigarette.

Ultimately the FDA hopes to require e-cigarette makers to apply for approval for their products before they can be sold.

"There's a balance to be found between being protective enough and on the other hand not being too complicated for players in the market to innovate and offer new products," said Alexandre Prot, CEO of Smokio, which sells an electronic cigarette or vaporizer that connects to a smartphone via Bluetooth to track puffs, tally cost savings and possible health benefits from switching from regular cigarettes, and controls the battery power of the device, which regulates the amount of vapor produced. Smokio retails for about $80 depending on the model, and the company is closing in on selling 10,000 units by the end of the year.

The nation's biggest tobacco companies, which have also started selling e-cigarettes, boast their own technology. Reynolds American Inc.'s Vuse-brand electronic cigarette contains a microprocessor and memory chip that regulate the power to heat the liquid nicotine for what the company calls the "perfect puff." Altria Group Inc.'s MarkTen has four holes on the mouthpiece that that make the puffs more closely resemble a traditional cigarette. Lorillard Inc.'s Blu e-cig brand offers a special carrying case that lights up when near another vaper or alerts the user when near a store that sells replacement cartridges.

Another company is marketing an e-cigarette that has a built-in Bluetooth speaker and microphone to make and receive phone calls as well as listen to music, and others are selling vaporizers that can either use liquid nicotine or ground-up tobacco or herbs. Vaporizers are also commonly used for marijuana.

Other advances foreshadowed in U.S. Patent Office filings suggest a pay-as-you-puff feature where users could buy time credits on the Internet and then sync an e-cigarette via USB to control how much they can smoke, possibly as a way to cut down. Connecting the device to the computer also would allow users to monitor how much they use, perform maintenance and automatically order additional liquid or tobacco.

And with several hundred brands in the market, technology is a way to grab vapers' attention and will continue to evolve, Cowen analyst Vivien Azer said.

"We are far from the end of the innovation life-cycle as it relates to e-cigarettes," Azer said. "Manufacturers continue to innovate, and rightly so."

While evaluating e-cigarettes is "sort of a new frontier for FDA," the agency already has the expertise to regulate more advanced technology such as pacemakers, dialysis machines and MRI machines, said Dr. Daniel Schultz, a regulatory consultant with Greenleaf Health LLC and former director of the FDA's Center for Devices and Radiological Health.