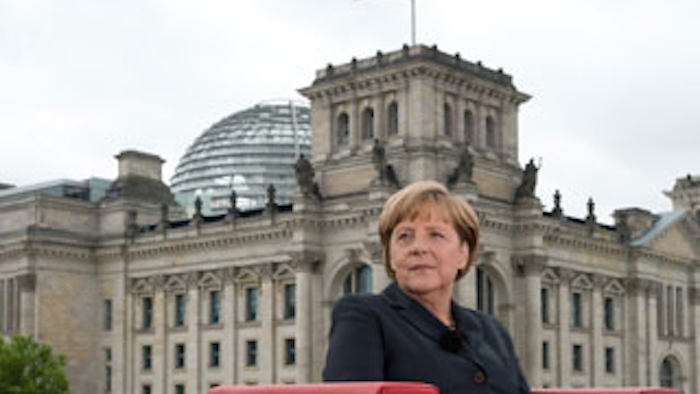 Merkel pledged that Germany will take a "very strict position" in ongoing talks on European Union-wide data rules. Germany will push for those rules to oblige companies such as Google and Facebook to tell European countries who they share data with, she told ARD television.

The chancellor also suggested that a protocol on data protection could be added to the International Covenant on Civil and Political Rights, a U.N. accord that dates back to 1966. She didn't give details of what exactly that protocol might entail.

Germans are sensitive about protecting their personal data. Ahead of September elections in which the conservative Merkel is seeking a third term, the center-left opposition says her government isn't doing enough to address those worries and confront the U.S.

Merkel's opponents asserted that Friedrich made no headway in securing information on U.S. surveillance activities — renewing attacks that have yet to produce any obvious shift in polls.

Merkel said Friedrich's trip "can only be a first step" in discussions with the U.S. and that experts from the two countries will remain in contact. She said she expects "a clear commitment from the American government for the future that they will keep to German law on German soil."

She added, however, that she has no evidence at this point that U.S. agencies haven't done so in the past.