The number of people seeking U.S. unemployment aid dropped to the lowest level in 14 years last week, the latest signal that companies are cutting fewer workers and hiring could remain healthy. 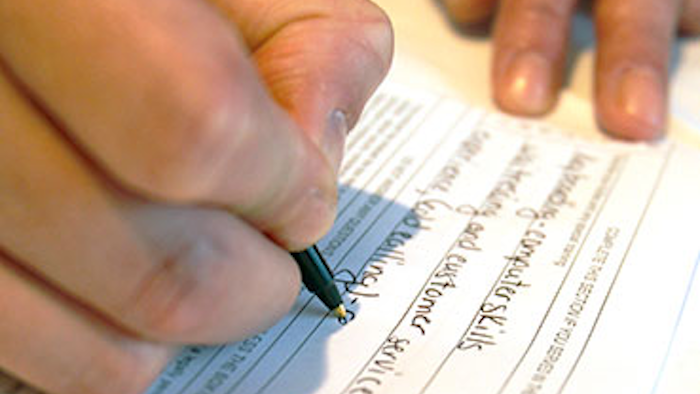 WASHINGTON (AP) — The number of people seeking U.S. unemployment aid dropped to the lowest level in 14 years last week, the latest signal that companies are cutting fewer workers and hiring could remain healthy.

The Labor Department said Thursday that weekly applications for unemployment aid fell 23,000 to a seasonally adjusted 264,000, the lowest level since April 2000. Given that the U.S. population has grown considerably since then, the proportion of the U.S. workforce applying for benefits is even smaller. Applications are a proxy for layoffs.

The figures come as concerns about slowing global economic growth have roiled financial markets for the past week. A drop in U.S. retail sales, reported Wednesday, intensified the volatility. The Dow plunged 460 points early Wednesday before recovering, but still closed down 173 points. Futures tumbled sharply Thursday about two hours before the opening bell.

Consumers have remained cautious about spending even as employers have stepped up hiring. Retail sales fell 0.3 percent in September, the Commerce Department said Wednesday.

Still, employers added 248,000 jobs last month and hiring in the previous two months was healthier than previously believed, the government said earlier this month. That helped push down the unemployment rate down to 5.9 percent, a six-year low.

The economy has added 2.64 million jobs in the past 12 months, the best annual showing since April 2006.

The number of available jobs soared to a 13-year high in August, according to a separate government report. That suggests employers will keep adding jobs at a healthy clip in the coming months.

Yet companies have been wary about filling positions, frustrating many job-seekers. Some employers say they can't find workers with the right skills. Many economists, however, say that firms may not be offering high enough pay to attract qualified applicants.

Despite the improved hiring, the job market remains scarred from the recession. More than 7 million people hold part-time jobs but want full-time work, up from 4.6 million before the downturn. And there are still twice as many people unemployed for longer than six months as there were before the recession, even though that figure has steadily declined in the past three years