A U.S. trade agency on Tuesday issued a ban on imports of Apple's iPhone 4 and a variant of the iPad 2 after finding the devices violate a patent held by South Korean rival Samsung Electronics. Because the devices are assembled in China, the import ban would end Apple's ability to sell them in the U.S. 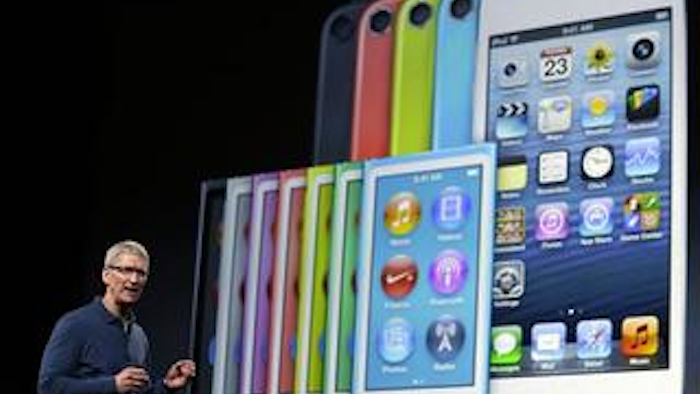 NEW YORK (AP) -- A U.S. trade agency on Tuesday issued a ban on imports of Apple's iPhone 4 and a variant of the iPad 2 after finding the devices violate a patent held by South Korean rival Samsung Electronics.

Because the devices are assembled in China, the import ban would end Apple's ability to sell them in the U.S.

However, President Barack Obama has 60 days to invalidate Tuesday's order from the U.S. International Trade Commission in Washington. Obama is against import bans on the basis of the type of patent at issue in the Samsung case. On Tuesday, the White House issued a recommendation to Congress that it limit the ITC's ability to impose import bans in these cases.

Apple Inc. said it was "disappointed" with the ruling and will appeal.

Samsung and Apple are engaged in a global legal battle over their smartphones, with Apple arguing that Samsung and its Android phones copy vital features of the iPhone. Samsung is fighting back with its own complaints.

Last year, a federal court in San Francisco ruled that Samsung owed Apple $1 billion in damages for infringing on non-essential Apple patents. But the judge refused to impose an import ban on Samsung phones, and later struck $450 million from the verdict, saying the jurors miscalculated. The case is set for a rematch in appeals court.

The iPhone 4 was launched in 2010 and is the oldest iPhone still sold by Apple. Tuesday's ITC ruling applies only to the AT&T version of the phone. Apple is likely to retire the model in a few months with the launch of this year's new iPhone model.

Cupertino, California-based Apple launched the iPad 2 in 2011. The ruling applies only to the version equipped with a cellular modem for AT&T's network.

The ruling also applies to older iPhones, though these are no longer sold by Apple.

Patent consultant and analyst Florian Mueller said the ITC ruling was a surprise, as the basis of Samsung's complaint is a so-called "standards-essential patent," describing a technology that's part of an industry standard for cellphone communications. Under the legal theory prevailing in federal courts, holders of such patents are obligated to license them to all comers on "fair, reasonable and non-discriminatory" terms. U.S. courts have ruled that such patents cannot be the basis for import bans.

The ITC follows a different standard than the courts, but the Obama administration wants it to adhere to the same principles.

"Samsung is using a strategy which has been rejected by courts and regulators around the world," Apple said. "They've admitted that it's against the interests of consumers in Europe and elsewhere, yet here in the United States Samsung continues to try to block the sale of Apple products by using patents they agreed to license to anyone for a reasonable fee."

Mueller, who was not involved with either party in the case, said Samsung reserved the right to allege infringement by Apple products designed for networks other than AT&T's. The iPhone 4 exists in versions for Sprint and Verizon; the iPad 2 exists in a Verizon version.

Samsung Electronics Co. is the world's largest maker of smartphones. Analysts estimate it outsold Apple nearly 2 to 1 in the first three months of the year. However, Apple's smartphone business is more profitable.