The famed piano maker Steinway is hoping that the sale of the company to private equity firm Kohlberg & Co. will strike the right chord. Steinway Musical Instruments, which has been in business for 160 years, said Monday that it has agreed to be bought by Kohlberg for about $438 million. 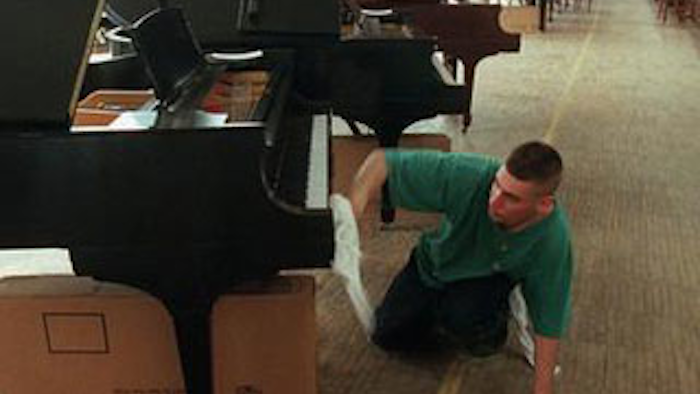 WALTHAM, Mass. (AP) -- The famed piano maker Steinway is hoping that the sale of the company to private equity firm Kohlberg & Co. will strike the right chord.

Steinway Musical Instruments, which has been in business for 160 years, said Monday that it has agreed to be bought by Kohlberg for about $438 million.

Steinway pianos have been a status symbol and a must-have luxury in concert halls for more than a century, but the storied company suffered during the recession. While it has recovered, its shares have not returned to their peak, reached just six months before the recession began.

Last week, the company closed on the sale of Steinway Hall just down the street from Carnegie Hall, its flagship showroom in Manhattan where generations of pianists have taken pianos for a spin.

However, with the housing crisis fading and the U.S. economy picking up steam, Kohlberg is betting on a bright future for Steinway at home and abroad, says Burt Flickinger III, president of retail consultancy Strategic Resource Group.

A typical Steinway grand piano costs around $50,000, but can run much higher.

Kohlberg, which will take the company private, is opening a tender offer to buy all of Steinway's outstanding stock for $35 per share, a 15 percent premium to its Friday closing price of $30.43.

The board of the Waltham, Mass., company unanimously recommended that shareholders tender their stock.

The deal includes a 45-day "go-shop" period in which Steinway may seek out alternative bids.

Steinway & Sons was founded in 1853 by German immigrant Henry Engelhard Steinway in a loft on Manhattan's lower west side. Steinway was a master cabinet maker who built his first piano in the kitchen of his Seesen, Germany home, according to the company website.

"Kohlberg's long history of collaboration to grow and expand some of the world's leading consumer brands makes us an ideal partner for Steinway to accelerate its global expansion, while ensuring the artisanal manufacturing processes that make the company's products unique are preserved, celebrated and treasured," Kohlberg partner Christopher Anderson said.

The buyout is expected to close in the third quarter.

Flickinger says that emerging markets like China present a big opportunity for Steinway and for Kohlberg. "Families will want their children to play on the best piano," Flickinger said of China, the world's second largest economy, where incomes are on the rise.