MAPI: Eurozone Recession To Last Into 2014

The uneven recession in the Eurozone is now coupled with a downturn in the Czech Republic and sharply falling economic activity in Poland, according to the Manufacturers Alliance for Productivity and Innovation’s European Industrial Outlook, a report covering 14 major industries.

The Manufacturers Alliance for Productivity and Innovation 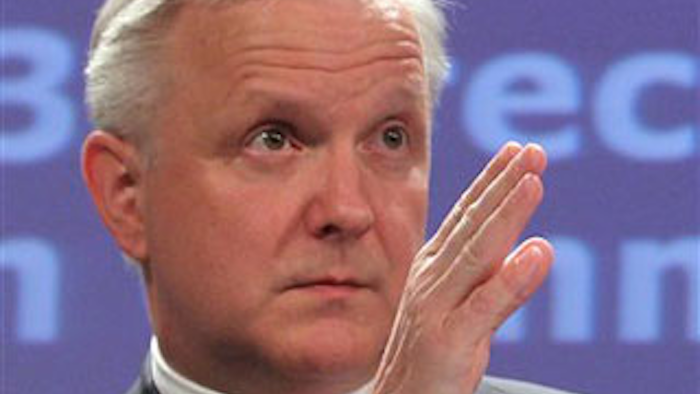 ARLINGTON, Va. -- The uneven recession in the Eurozone is now coupled with a downturn in the Czech Republic and sharply falling economic activity in Poland, according to the Manufacturers Alliance for Productivity and Innovation’sEuropean Industrial Outlook, a report covering 14 major industries.

The report separately analyzes the distinct regions of Western Europe and Central Europe. The former generally comprises the 17 countries of the currency union (Eurozone), while the latter includes the three largest economies of Central and Eastern Europe (CEE3): the Czech Republic, Hungary, and Poland. All forecasts are based on a proprietary MAPI model.

Kris Bledowski, Ph.D., MAPI senior economist and report author, forecasts GDP in the Eurozone to remain in negative territory in 2013, declining by 0.3 percent before a modest increase to 1.4 percent in 2014. Bledowski envisions 0.7 percent GDP growth in Central Europe in 2013 and 2.0 percent growth in 2014.

“Domestic demand continues to soften and businesses are refraining from adding capacity despite low cost of capital, gripped by political and institutional uncertainty,” Bledowski said. “As falling employment drags down income, social tensions will simmer and possibly rise.”

“There is a better sectoral situation in Central Europe between stronger and weaker industries than in the Eurozone, which leads to a higher aggregate for the Central Europe region,” Bledowski explained.

In the Eurozone, the report predicts that only 1 of the 14 industries—food and beverages—will show growth in 2013. In 2014, 7 industries are anticipated to grow, with computers and electronics in the lead at 5.5 percent.

“The Eurozone’s steadily rising current account surplus (1.9 percent of GDP in 2012 and projected 2.5 percent to 3.0 percent in 2013 and 2014, respectively) will be difficult to reconcile with a fast recovery in 2014 based solely on external demand,” Bledowski concluded. “As households and businesses spend less, output can grow only if either governments or foreigners, or both, spend more. Yet these trends are unlikely to hold; the private sector is deleveraging while fiscal authorities shrink budgets.”