Four years ago, America's Big Three automakers mortgaged all they owned or went into bankruptcy court to keep from going broke. Since then, General Motors, Chrysler and Ford have all returned to full financial health, unlike Detroit itself, which filed for bankruptcy Thursday after years of painful decline. 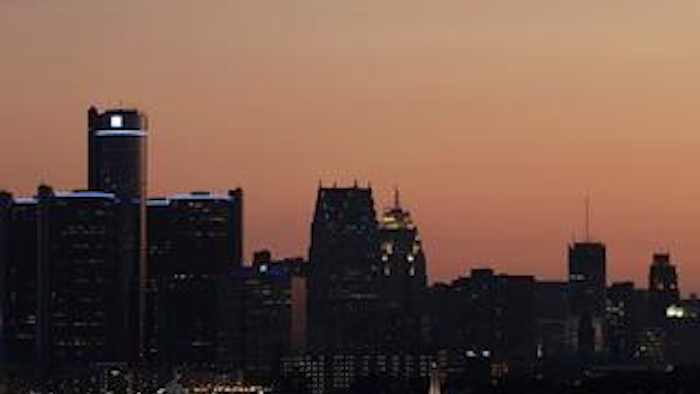 DETROIT (AP) -- Four years ago, America's Big Three automakers mortgaged all they owned or went into bankruptcy court to keep from going broke.

Since then, General Motors, Chrysler and Ford have all returned to full financial health, unlike Detroit itself, which filed for bankruptcy Thursday after years of painful decline.

So why can't the Motor City use bankruptcy to transform itself in the same way? Unfortunately for Detroit, it's not that simple. Automakers were able to shed most of their problems in bankruptcy court and come out leaner and more competitive. The city can get rid of its gargantuan debt, but a bankruptcy judge can't bring back residents or raise its dwindling revenue.

"In General Motors, at least you could have this dream about there being increased revenues in the future," said Douglas Baird, a bankruptcy law professor at the University of Chicago. "It's much harder to do that in the case of a city like Detroit because it doesn't sell a product."

Detroit, which filed the largest municipal bankruptcy case in American history, owes as much as $20 billion to banks, bondholders and pension funds. It has revenue of about $1.1 billion per year, a number that drops by about $100 million annually. And it's burdened with a running deficit of $327 million.

The city had to borrow $80 million from Bank of America last year just to keep the lights on.

City taxes are already at limits set by the state, so the only way Detroit can raise revenue is to attract more workers and residents so they pay taxes. But with high crime, poor services and decrepit neighborhoods, people are moving out rather than in. The population has fallen to around 700,000, less than half as many people as during the heyday of the 1950s.

Much of the city's debt to banks and bondholders is secured by tax revenue, and just how much the creditors get will have to be hashed out in court. A big chunk is owed to employee pension plans and for the health care costs of more than 18,000 retirees. So the city is caught in a time warp of sorts. It has obligations leftover from the boom days, with today's much smaller revenue base.

"Even if they were completely successful in wiping out all of the debt, it doesn't solve all of the problems," said Steve Miller, board chairman at insurance giant AIG who has turned around a number of struggling companies. "The retirement obligation and health care obligation of a workforce that used to support a 2 million population cannot be supported with the diminished population of 700,000."

Detroit's problem, he said, is similar to what he faced at Bethlehem Steel, which had 12,000 active workers contributing to pension plans that served 130,000 retirees.

"There was no way to make that math work," Miller said. Retirees had to take reduced benefits after pensions were turned over to the federal government.

Like those at Bethlehem Steel, Detroit's pensioners are also likely to see benefit cuts. And because they're lower in the pecking order of creditors, they may bear the brunt of the city's ills, Baird said.

And many will have trouble taking the hit, especially those hurt in the line of duty.

"Some of them were shot. Some of them had buildings fall on them," said Don Taylor, president of the Retired Detroit Police & Fire Fighters Association. "And they've been injured for life. They can't get other jobs."

Michigan Gov. Rick Snyder is sympathetic but says the city is in dire straits.

"We really want to empathize with their situation," he said. "A lot of people worked hard for the city for a lot of years. They're on a fixed income. We all need to appreciate that can be a difficult situation. This is a very difficult situation overall, though."

Snyder wouldn't say if pension or health benefits would be cut, but he said the city has to deal with its unfunded pension liabilities. The pensions have "somewhere north of 50 percent" of the assets needed to pay all benefits, he said.

The state, Miller said, will likely have to come up with cash to help Detroit through the bankruptcy until its tax base grows, just like the federal government helped GM and Chrysler. But Snyder said that shouldn't be expected.

Any savings from cutting pensions could be used to provide better services, said John Pottow, a University of Michigan professor specializing in bankruptcy and corporate law. "It's also going to help people who want to have the police show up or their garbage collected."

And with a little luck, smaller debt after bankruptcy could lead to a renaissance for Detroit, just like it did for General Motors and Chrysler, which also went through bankruptcy protection.

Former GM Vice Chairman Bob Lutz said Detroit's bankruptcy shouldn't be much of an obstacle to the rebirth of GM and the rest of the U.S. auto industry. The resurgence of the Big Three may help lift Detroit out of trouble as auto sales continue to increase, he said.

"It can and must be a new beginning, with a clean slate," Lutz said. "Life will go on."