MAPI Global Outlook: Back From The Brink?

U.S. manufacturers can breathe a sigh of relief that the global economy has taken a few steps back from the brink, with the Federal Reserve and other central banks playing key roles, according to a new report.

The Manufacturers Alliance for Productivity and Innovation (MAPI) 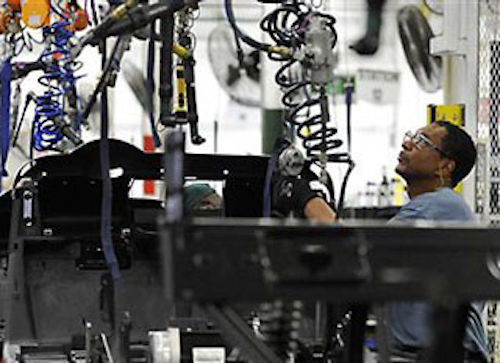 ARLINGTON, Va. -- U.S. manufacturers can breathe a sigh of relief that the global economy has taken a few steps back from the brink, with the Federal Reserve and other central banks playing key roles, according to a new report.

In the Manufacturers Alliance for Productivity and Innovation’s Global Outlook, July 2013, senior economist Cliff Waldman writes that central banks have either been somewhat aggressive, as is the case with the European Central Bank, or especially aggressive, as with the Federal Reserve and the Bank of Japan, in flooding globally important regions with liquidity. Partially as a result, the sense of imminent financial contagion that has been dogged and persistent through and since the 2008-2009 financial crisis has been dialed down.

But, Waldman warns, proceed with caution.

“Unfortunately, the calmer world economy is not yet a stronger one, and this is not to say that destabilizing risks are absent from the global landscape,” he said. “In an increasingly interconnected world economy, everything from a banking crisis in Cyprus to various disasters in Syria and Turkey can have wide impacts. But over the near term, shocks are more likely to be exogenous than financially or economically endemic.”

Regional challenges are expected to produce subpar growth in both developed and developing economies.

Weak global growth will translate into a weak outlook for U.S. export demand.

The Manufacturers Alliance for Productivity and Innovation (MAPI), established 1933, is a nonprofit membership organization that provides continuing professional education and development opportunities for manufacturing executives and unbiased economic and policy research to American manufacturers. For more information, visit www.mapi.net.