A Delaware judge on Tuesday said he needs to hear more evidence before he can decide how much Fiat should pay to buy some outstanding shares of U.S. automaker Chrysler. 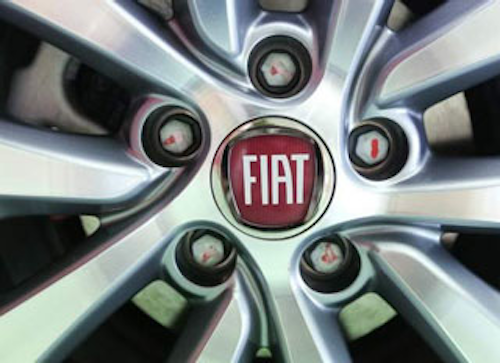 DETROIT (AP) -- A Delaware judge on Tuesday said he needs to hear more evidence before he can decide how much Fiat should pay to buy some outstanding shares of U.S. automaker Chrysler.

The ruling by Chancery Court Judge Donald Parsons is likely to delay Fiat's quest to buy all of the Chrysler stock that it doesn't own. Sergio Marchionne, CEO of both companies, now controls Chrysler and runs the companies together. But he wants to combine them legally to get more cost savings and access to Chrysler's cash.

Fiat now owns 58.5 percent of Chrysler, with the remaining 41.5 percent owned by a trust fund set up to pay health care bills for Chrysler's union retirees.

Under the deal in which Fiat got control of Chrysler after its 2009 trip through bankruptcy protection, Fiat has several options to buy another 16.6 percent stake from the trust. The Italian automaker exercised some of the options and is asking the court to order that the first tranche, about 54,000 shares, be sold by the trust for $139.7 million. The trust contends the shares are worth at least $342 million.

Parsons did rule in Fiat's favor on several key legal points on the formula for setting the price, but the actual price will have to wait for more hearings.

"At this point, Fiat has succeeded in proving some, but not all of its claims," Parsons wrote in a 51-page opinion. He said Fiat has "not yet demonstrated" that the trust must sell the shares for $139.7 million. "Thus, it would be premature for me to enter an order requiring the (trust) to deliver the called shares to Fiat."

The judge wrote that proceedings will continue on the remaining matters.

Fiat SpA shares are now traded publicly on the Milan stock exchange, while Chrysler Group LLC is technically a private company with no publicly traded shares. Presumably, Fiat shareholders would be offered a stake in the new company if they approve a merger of the two automakers.

Currently, Fiat shares in Chrysler's profits but can't use the Detroit automaker's funds for its own operations. Fiat, based in the northern Italian city of Turin, said Tuesday it made 142 million euros ($188 million) last quarter. Without Chrysler, though, Fiat would have lost 247 million euros. Chrysler reported a $507 million net profit on Tuesday.

Marchionne has said Fiat has 10 billion euros ($13 billion) in cash that can be used to cope with a severe slowdown in European auto sales and buy the trust fund's stake in Chrysler. He also has arranged additional financing.

Like Fiat, the trust got its stake in Chrysler from the U.S. government, which bailed out Chrysler. At the time that Chrysler filed for Chapter 11 bankruptcy protection, it owed the trust around $4 billion as part of a deal with the United Auto Workers to take over retiree health care costs.

The trust fund needs cash to pay medical bills for thousands of Chrysler blue-collar retirees. In order to monetize its stake in Chrysler, it either has to sell the shares to another party, such as Fiat, or sell shares of Chrysler to the public — which could happen if Fiat and the trust can't agree on a share price.

The trust has asked Fiat to begin working on an IPO of Chrysler, but cannot formally compel it to follow through; a public offering takes about 18 months to prepare. Marchionne has said he favors buying the trust's stake to selling separate shares of Chrysler to the public.

Marchionne has already taken steps to combine Fiat and Chrysler. The companies are sharing engines and parts and have jointly designed cars like the Dodge Dart compact. The balance sheets are already combined, although there is a strict separation of assets.