Apple is facing accusations of shortchanging thousands of employees who haven't been getting paid while being forced to wait in line to show they aren't trying to steal an iPhone, iPad or other merchandise from the company's bustling stores. 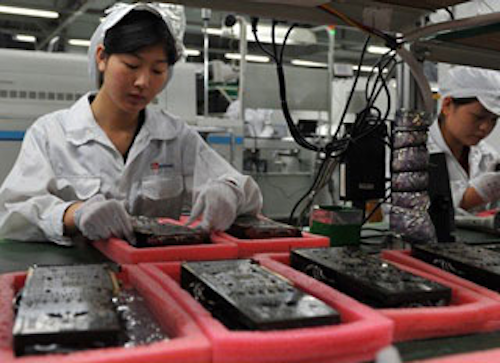 SAN FRANCISCO (AP) -- Apple is facing accusations of shortchanging thousands of employees who haven't been getting paid while being forced to wait in line to show they aren't trying to steal an iPhone, iPad or other merchandise from the company's bustling stores.

The complaint filed July 25 in a San Francisco federal court threatens to increase public scrutiny of how Apple Inc.'s treats the lower-paid contractors and employees who make and sell the products that have enriched the Cupertino, California, company.

Much of the attention has focused on whether Apple has done enough to protect the rights of workers assembling its devices in China and in other overseas factories.

But some of the former workers in Apple's often-packed stores have also complained about being underpaid and overworked.

Those grievances could gather more momentum if the lawsuit filed by two former Apple store employees, Amanda Frlekin and Dean Pelle, is certified as a class-action.

The case hinges on accusations that Apple requires store workers who are paid by the hour to submit to searches of their bags and other personal belongings as an anti-theft measure before they are allowed to leave the premises. The lawsuit alleges the store employees routinely must wait their turn to be searched even though they aren't being paid for the additional time.

The lawsuit estimates the unpaid detention periods routinely spanned a total of 15 minutes to a half hour per shift, based on the experiences of Frlekin and Pelle. If the employees had been properly paid while waiting to be searched, they would have earned an additional $1,400 to $1,500 annually, the lawsuit estimates. The calculations are based on the assumption that Apple store employees are paid anywhere from the minimum wage to $18.75 per hour.

More than 42,000 of Apple's employees work in the company's retail division, the lawsuit said. It's unlikely all of those workers would be covered by the allegations contained in the complaint.

Apple's stores rank among the most profitable retail destinations in the world, thanks largely to the appeal of the company's gadgetry.