The government says the U.S. economy grew at a much faster pace last year than previously estimated. The revised growth figures signal a more sustainable economic recovery and help explain why job growth has accelerated this year. 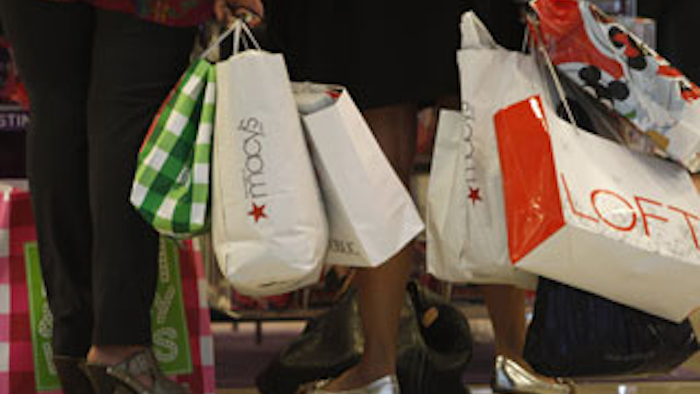 WASHINGTON (AP) -- The government says the U.S. economy grew at a much faster pace last year than previously estimated. The revised growth figures signal a more sustainable economic recovery and help explain why job growth has accelerated this year.

The economy expanded at a 2.8 percent annual rate in 2012, up from a previous estimate of 2.2 percent. Consumers and businesses spent more and governments cut back on their spending less.

The updated growth figures reported Wednesday by the Commerce Department are part of comprehensive revisions going back several decades.

The upgrade to 2012 growth helps resolve a disparity that has puzzled economists. Hiring picked up late last year and has remained solid this year. The economy has created more than 200,000 jobs a month on average since last fall.

Yet the government had said that economic growth was tepid last year. Faster growth typically drives more hiring. The previously reported growth figures had economists worried that employers would eventually have to slow hiring.

But growth is now closer in line with the job gains, a sign that the more robust hiring may endure.

The revisions are part of comprehensive changes, made roughly every five years, to the nation's gross domestic product. GDP is the broadest measure of the output of goods and services and includes everything from restaurant meals to television production to steel manufacturing. The revisions alter the data all the way back to 1929, though the largest changes were made to the past five years.

Still, the economy's broad trends are roughly the same as before. The government now says the economy shrank 4.3 percent during the recession, which lasted from December 2007 through June 2009. That's better than the previous estimate of a 4.7 percent decline. But it still remains the deepest downturn since the Great Depression.

And the recovery is still subpar. The economy expanded 8.2 percent from June 2009 through the end of last year, up from 7.6 percent, but still the weakest recovery since World War II.

Most of the change in growth rates stems from newly available and updated data from agencies such as the Census Bureau and Internal Revenue Service. Many monthly surveys of manufacturing, retail and other businesses are updated with more comprehensive annual reports.

The department has also made substantial alterations in how it defines GDP. Those changes have increased the size of the economy, through 2012, by 3 percent, or $560 billion. They include:

— Research and development spending is counted as an investment, rather than an expense. That's because it is similar to other investments, such as factories, industrial machinery and housing, Commerce officials say. R&D can have long-lasting benefits and be used in the production of other items.

— Spending on entertainment and the development of movies, books, music and TV shows are counted as investments. That's because they can generate sales and profits for years after they've been produced. Only long-lasting TV shows, such as sitcoms and dramas, are counted as investment. Reality shows and game shows, which have shorter shelf lives, aren't.

— Future pension benefits promised by governments and private companies are counted as income. Previously, only cash payments by companies and government agencies into their pension plans counted as income. This change boosted Americans' savings rate by about 1.5 percentage points in 2011 and 2012 — to 5.6 percent and 5.7 percent, respectively. The government says the change better reflects the retirement plans of those Americans with pensions and is less subject to manipulation than the cash payments.

Economists say that treating R&D spending as investment recognizes the critical role that intangible assets, such as patents or other intellectual property, now play in the U.S. economy.

"It brings the GDP accounts out of the dark ages and into the 21st century," says Joe Carson, an economist at AllianceBernstein. Carson notes that much of the value of a smartphone is in the design, rather than the manufacture of the product, and that wasn't fully captured under previous calculations.