A jump in demand for commercial airplanes boosted orders for long-lasting U.S. factory goods last month. But orders for most other goods fell as businesses cut spending, a possible sign of concern about the partial government shutdown that began Oct. 1. 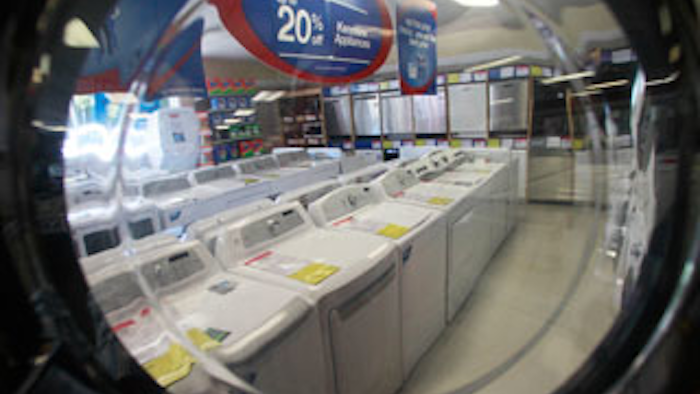 WASHINGTON (AP) — A jump in demand for commercial airplanes boosted orders for long-lasting U.S. factory goods last month. But orders for most other goods fell as businesses cut spending, a possible sign of concern about the partial government shutdown that began Oct. 1.

The Commerce Department said Friday orders for durable goods rose 3.7 percent in September, above the 0.2 percent gain in August. But a 57.5 percent jump in aircraft orders accounted for nearly all the gain. Durable goods are meant to last at least three years.

The figures echo other economic data that suggest companies were reluctant to expand or invest in new equipment in September, as budget battles in Washington intensified. Hiring also slowed last month. Employers added just 148,000 jobs, down from 193,000 in August.

Paul Ashworth, an economist at Capital Economics, said the drop in core capital goods orders points to weaker growth in the October-December quarter. Shipments of core capital goods, which are used to calculate economic growth, also dipped last month, a sign that growth in the July-September quarter will also be weak. Ashworth cut his growth estimate for the third quarter to an annual rate of 1.8 percent from 2 percent.

Commercial aircraft is a volatile category that can swing widely from month to month. Boeing says it received orders for 127 planes in September, up from just 16 in August.

The report contrasts with other recent data that pointed to a healthier factory sector.

The Institute for Supply Management, a trade group, said factory activity expanded in September at the fastest pace in 2 ½ years. Production rose and manufacturers stepped up hiring, while new orders jumped, though not as quickly as the previous month.

And the Federal Reserve Bank of Philadelphia said last week that an index of regional manufacturing activity declined only slightly this month. Factories in the Philadelphia region received more orders, the Philly Fed said.