The manager of the Chrysler assembly plant in Toledo says the facility will build more than a half-million Jeeps next year — making it one of the highest-volume assembly plants in North America. 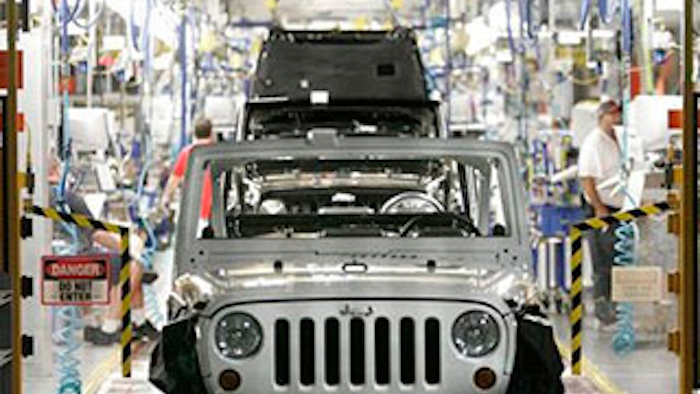 TOLEDO, Ohio (AP) -- The manager of the Chrysler assembly plant in Toledo says the facility will build more than a half-million Jeeps next year — making it one of the highest-volume assembly plants in North America.

That's according to plant manager Zach Leroux, who spoke to a rotary club in Toledo Monday.

Chrysler builds the Jeep Wrangler and new Jeep Cherokee at the Toledo facility.

The Toledo plant hired more than 1,800 new people ahead of launching the Cherokee, bringing total plant workforce to about 4,000.