U.S. Senate and House negotiators are planning to provide as much as $90 million to keep the production line running at an Ohio tank manufacturing plant. 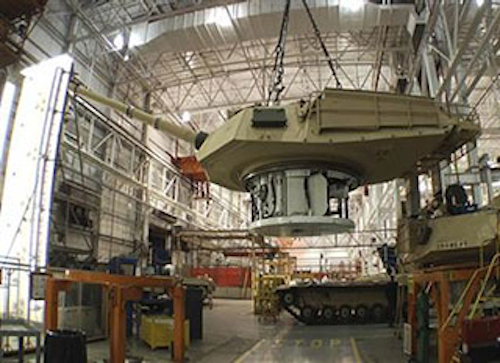 LIMA, Ohio (AP) -- U.S. Senate and House negotiators are planning to provide as much as $90 million to keep the production line running at an Ohio tank manufacturing plant.

The money for the Joint Systems Manufacturing Center is included in the defense bill, which could get congressional approval as early as this week. It means Abrams tanks will continue to roll off the line at the nation's only tank manufacturing plant, in Lima (LY'-mah), about 80 miles south of Toledo.

The money for the tank plant will come against the wishes of the Obama administration, which for the past two years has asked Congress not to spend any money to refurbish the M1A1 Abrams battle tank.