Google's $12.4 billion purchase of Motorola Mobility was widely seen as a way for Google to acquire patents to defend its Android operating system from intellectual property lawsuits. Yet Motorola hasn't given up on making phones. In August, it started selling the Moto X, the first smartphone assembled in the United States. 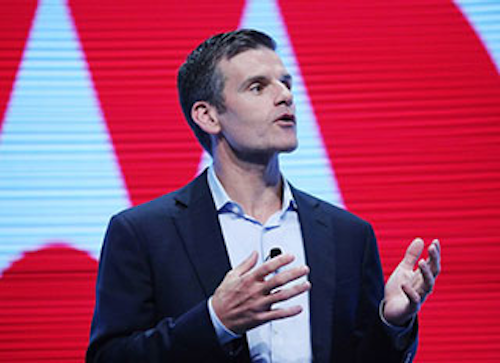 NEW YORK (AP) -- Google's $12.4 billion purchase of Motorola Mobility was widely seen as a way for Google to acquire patents to defend its Android operating system from intellectual property lawsuits.

Yet Motorola hasn't given up on making phones.

In August, it started selling the Moto X, the first smartphone assembled in the United States. By manufacturing the phone closer to its customers, Motorola can offer unprecedented customization.

Last month, the Moto G came out, targeted at budget-conscious Americans and people in emerging markets. The phone, which has a high-resolution screen and other features found in leading smartphones, starts at $179 in the U.S., compared with the $600-plus price tag on the typical high-end smartphone.

Even with its new phone lineup, Motorola remains in transition. The company enjoyed strong sales after introducing the Razr flip phone in 2004. But it struggled to develop another hit. Under Google, it has lost nearly $2 billion and trimmed its workforce from 20,000 to about 3,800.

Motorola CEO Dennis Woodside, a Google veteran who took the helm in May 2012 with the Internet company's takeover, sat down with The Associated Press to talk about Motorola, its products and its vision for making the Internet affordable and accessible to everyone. Questions and answers have been edited for length.

Q: A lot of people know Motorola for early cellphones and the Razr line. Today, how would you describe Motorola?

A: Our product is not necessarily the hardware, but the mobile Web. Our mission is to provide access to hundreds of millions of people, if not billions over time, to mobile services.

With Moto G, you're starting to see the strategy. You have a product that spec for spec does stand up to an iPhone at one-fourth the price.

Q. Why couldn't Motorola as a stand-alone company move in that direction?

A. Google gives Motorola a couple things. One is that willingness to have a long-term vision that's bold, and really encouraging us to have that vision, and giving us the capital to make the transition.

You also have to (believe in) the long-run value of having everybody connected on high-quality devices that can access all the services that we're used to. Only Google has that long-term mindset.

Q: Where does Google end and Motorola begin?

A: Although Google is our shareholder, Motorola is going to operate independently.

Our (technology) systems are separate. That actually imposes costs on us. We'd love to be able to leverage Google's data centers and internal tools. But because Android is a platform available to all (phone makers), if we had any IT access, that independence could be breached. We get the code for the next-version Android at the same time as everybody else.

Sometimes it's frustrating, because you actually want to do more.

Q: What's been the biggest headache in incorporating the two companies?

A: The expectations are really high. You have people at Motorola who expect, now that Google owns us, we're going to do everything together. You have outsiders who expect a completely different software or hardware strategy because the companies are now together.

Another challenge is more internal. Managing the cultural shift from a company that had been very engineering-led and driven, but not as consumer-led and driven as we want to become.

Q: Even though you can't get the Android software early from Google, are there things you can get from it?

A: Our approach to communication with consumers is a good example. In our industry, the people who build the products tend not to use social networks. Our product managers are doing that.

Q: What early signs (are you) seeing in what people are going to be wanting from their smartphones?

A: Phones break. They're glass. That's likely to change in the next 24 months, as plastic becomes more present and producible.

You'll be speaking to (the) phone, asking it to do things, and it will be responding and actually doing what you intend, as opposed to you reading a command line.

Wearables are obviously an area that's of interest. No one has really come up with the killer-use case that defines what that means and how that works.

Q: Who would you consider your closest competitor?

A: Apple, Samsung. They've shown, especially Samsung, that marketing can really create a product and a phenomenon. We're never going to have the money that they have to market our products.

So, we have to have products that do something a little bit differently, which is what you're starting to see with Moto G.

You also have a number of Chinese manufacturers that can manufacture at very low cost.

Q: What are some of the impossible dreams that you insist on the people who you manage?

A: If you think of your mission as expanding the market to the billion people who are next to move into the smartphone world, you start looking at the problem very differently. You start thinking about all the issues that that consumer faces.

A simple example is a lot of people don't know that they could benefit from a smartphone. How do we explain the benefits of a smartphone from someone who doesn't have one and whose friends don't have one? How do you get that first person to think about a smartphone experience? It's not an easy problem to solve.

Q: What are your favorite apps?

A: I use Twitter a lot, mostly to listen to what people are saying. I'm constantly searching for Moto G and Moto X, or if a competitor launches a product, I'll be scanning for that. I use Google Plus to share photos, mostly, with my family. I use an app called TrainingPeaks, because I'm a triathlete.