The prices companies receive for their goods and services fell slightly in February, the latest sign that inflation is tame. 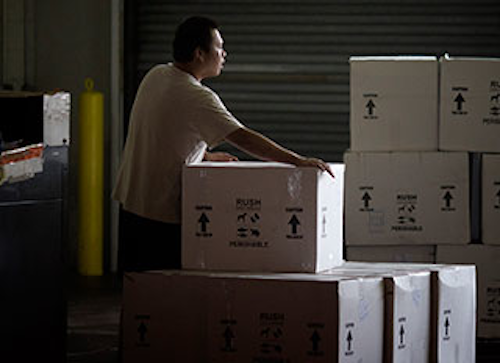 WASHINGTON (AP) — The prices companies receive for their goods and services fell slightly in February, the latest sign that inflation is tame.

The producer price index, which measures price changes before they reach the consumer, dropped 0.1 percent in February, the Labor Department said Friday. That's the first decline since November. A sharp fall in the price markups by wholesalers and retailers pushed down the index.

Wholesale food and energy prices increased, as did the cost of pharmaceuticals. Excluding the volatile categories of food, energy and retailer and wholesaler profit margins, core prices ticked up 0.1 percent.

The figures underscore that inflation remains largely in check. Businesses have struggled to raise prices because of historically high levels of unemployment and meager wage growth. That's made it harder for consumers to pay more. And with unemployment high, those with jobs are less able to demand higher pay.

The data also reflects the impact of aggressive discounting by clothing and shoe stores. Their profit margins fell 9.3 percent, the steepest on record. Gas stations and grocery stores also reduced their markups.

Low inflation has enabled the Federal Reserve to pursue extraordinary stimulus programs to try to boost economic growth. It has kept the short-term interest rate it controls at nearly zero for more than five years. It has also been purchasing bonds in an attempt to lower long-term interest rates to encourage more borrowing and spending.

The Fed is now trying to unwind some of that stimulus. It has cut its monthly bond purchases to $65 billion, from $75 billion in January and $85 billion last year.

Fed policymakers will meet next week and are expected to announce another $10 billion cut. Employers stepped up hiring last month, after harsh winter weather cut into job gains in December and January. Consumers also spent more at retailers in February after sharp drops in the previous two months.

The figures suggest the economy may be picking up as the weather improves. That may encourage the Fed to continue scaling back its stimulus. Still, Fed policymakers have expressed concern about the persistence of low inflation. If it remains below target, the Fed could extend its stimulus efforts.