American shoppers passed on the malls and headed to the car dealerships over Thanksgiving weekend. 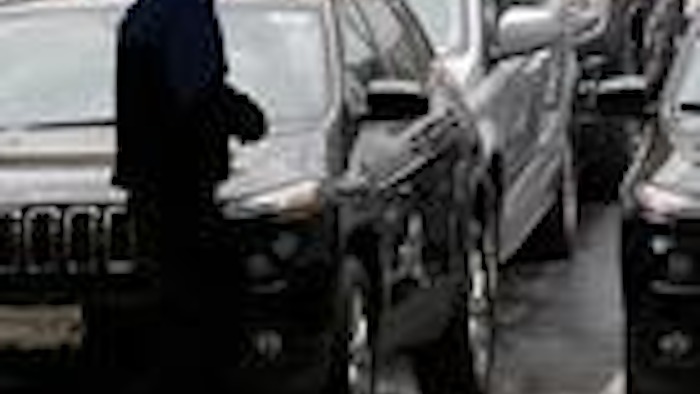 DETROIT (AP) — American shoppers passed on the malls and headed to the car dealerships over Thanksgiving weekend.

According to a National Retail Federation survey of 4,000 shoppers, sales were down 11 percent to $50.9 billion over the four-day holiday compared to a year ago. A move by retailers to discount merchandise in the days and weeks before Thanksgiving appeared to cut down on store traffic over the holiday weekend.

But that wasn't the case with cars. Car-buying site Kelley Blue Book estimated that 25 to 30 percent of November's new vehicle sales happened over the holiday weekend thanks to a flurry of Black Friday promotions. Because the holiday came late in the month, buyers also benefited from dealers' usual month-end sales push.

New vehicle sales rose 5 percent to 1.3 million, according to Autodata Corp. It was the second-fastest monthly sales pace this year, after August.

Sales are on track to end the year at around 16.5 million, said Jesse Toprak, a senior analyst with Cars.com. That's up 6 percent from 2013.

In November, buyers looking for really good deals could find them on outgoing 2014 models, while others snapped up 2015 models that are just arriving in dealerships, like the new Ford Mustang and Toyota Highlander.

The sales were fueled by incentives, like zero-percent financing on new Chevrolets and a $3,500 credit on a new BMW. But automakers still made healthy profits as buyers loaded their vehicles with extras like navigation. As of mid-November, buyers were spending an average of $30,874 per vehicle, or $165 more than the previous record of $30,709 in October, according to consulting firms J.D. Power and LMC Automotive.

Low gas prices accelerated a trend toward SUVs. Gas prices fell 23 cents in November to a four-year low of $2.76 per gallon, according to AAA. Sales of the new Nissan Rogue small SUV jumped 44 percent, while the Jeep Cherokee was up 67 percent.

The Honda CR-V small SUV saw its best November ever, with sales up 38 percent to more than 32,000. It was the first time since June 2011 that an SUV outsold the perennial leader, the Toyota Camry sedan.

Big SUVs were also hot; sales of the eight-passenger Lincoln Navigator were up 88 percent.

Cars struggled to get noticed. Ford Fusion sales dropped 11 percent, while Nissan Altima sales were down 7 percent. For the most part, only new cars like Volkswagen's Golf subcompact and Chrysler's 200 midsize sedan saw sales increases.

"You have to be new to make progress in the car market right now," said Michelle Krebs, a senior analyst with AutoTrader.com.

The industry expects more of the same in December, which is always a big month for luxury sales. Trucks and SUVs normally get a seasonal boost in the winter, Toprak said, but this year low gas prices will amplify the increase.

"It will probably the best December in many, many years," Toprak said.

Other automakers that reported Tuesday:

— Nissan's sales fell 3 percent to 103,188. Truck and SUV sales were up but car sales weakened. Sales of the electric Leaf were up 34 percent despite low gas prices.

— Hyundai's sales dropped 4 percent to 53,672. Sales of the new Genesis sedan rose 57 percent, but that didn't make up for weaker sales of the Accent and Elantra small cars.

— Subaru's sales rose 24 percent to 45,273. Sales of the new Legacy sedan nearly doubled from a year ago, while sales of the Outback wagon were up 60 percent.

— Volkswagen's sales rose 3 percent to 31,725 on strong sales of the new Golf subcompact.