The solar sector took a hit Tuesday during a broad market sell-off after LDK Solar said it would not make an interest payment on a bond that comes due on Wednesday. 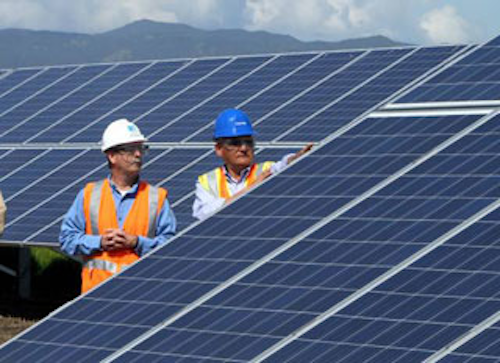 The solar sector took a hit Tuesday during a broad market sell-off after LDK Solar said it would not make an interest payment on a bond that comes due on Wednesday.

"We are still try to run offshore cash and at this moment that we have not have sufficient money yet so we have not made the commitment to pay tomorrow," Chief Financial Officer Jack Lai said in a conference call. "So definitely there will be a delay in this payment."

LDK Solar Co. reported its second-quarter results Monday. The company took a loss of $165 million, compared to $254 million a year ago. However its sales dropped 51 percent to $115 million.

In March Suntech Power Holdings Ltd., one of the world's biggest solar panel manufacturers, defaulted on a $541 million bond payment. Suntech ran short of cash after taking big losses in 2012 and is working to restructure its debt.

Now, it appears, Beijing is no longer willing to step in and bail out solar companies that get into trouble and sector shares, particularly companies based in China, took a beating.