Urging the world's largest smartphone makers to settle their differences, a federal judge said she will issue rulings aimed at resolving a multifaceted legal battle between Apple Inc. and Samsung Electronics. "I think it's time for global peace," U.S. District Judge Lucy Koh told lawyers for the two electronics giants, during a court hearing Thursday in San Jose. 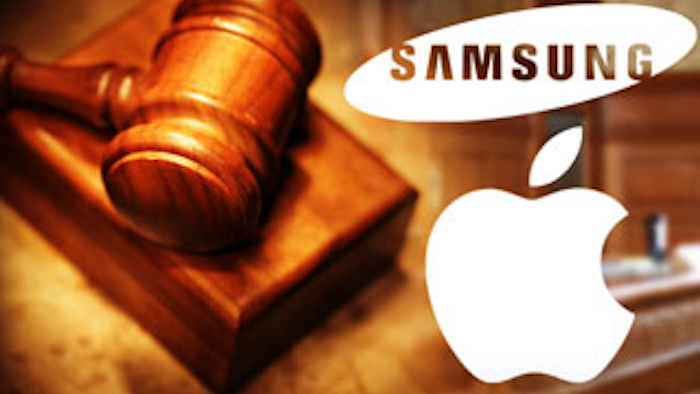 Koh appeared ready to trim a $1 billion jury verdict Apple won over Samsung Electronics this summer. She said over the next several weeks she would issue a series of rulings to address the many legal issues raised at the hearing.

Samsung is seeking a new trial or a reduction of the verdict that resulted from a lawsuit Apple filed in 2011. Apple, on the other hand, urged the judge to add millions more to the award and permanently ban the U.S. sales of eight Samsung smartphone models a jury in August said illegally used Apple technology.

Koh gave no indication on how she would rule on the sales ban request or by what amount she would cut from the $1 billion award. Samsung was demanding that she cut the award by more than half, but Koh gave no hint that she sided with that argument or Apple's separate argument for an increase in the award.

Apple filed a second lawsuit earlier this year, alleging that Samsung's newer products are unfairly using Apple's technology. That's set for trial in 2014. In addition, the two companies are locked in legal battles in several other countries.

At Thursday's hearing, lawyers for each company responded by casting aspersions on the other side.

Apple lawyer Harold McElhinny claimed that Samsung "willfully" made a business decision to copy Apple's iPad and iPhone, and he called the jury's $1.05 billion award a "slap in the wrist." McElhinny said Apple intended to keep on fighting Samsung in court until it changed its business ways.

In turn, Samsung lawyer Charles Verhoeven responded that Apple was attempting to "compete through the courthouse instead of the marketplace." He said Apple wants to tie up Samsung in courts around the world rather than competing with it head-on.

In the third quarter of 2012, Samsung sold 55 million smartphones to Apple's 23.6 million sales worldwide, representing 32.5 percent of the market for Samsung compared with Apple's 14 percent.

Earlier in the hearing, Koh appeared ready to rework some of the jury's damage calculations. The jurors filled out a verdict form listing the amount of damages Samsung owed Apple for 26 separate products. For instance, the jurors said Samsung owed Apple nearly $58 million for sales of its Prevail smartphone found to have used Apple's "tap-and-zoom" technology. But the type of patent violation the jury found doesn't lend itself to that big of an award for the product, Koh said, musing that it appeared that Apple could recover perhaps $8 million over the Prevail dispute.

That was just one of 26 line items Koh is reviewing when it comes to considering the jury's $1.05 billion verdict.

She is also considering Samsung's demand for the verdict to be completely wiped out and for a new trial to be held. Samsung raises a host of legal issues in arguing it was deprived of a fair trial in a courthouse a dozen miles from Apple's Cupertino, Calif., headquarters. One of it arguments is that jury foreman Velvin Hogan committed misconduct when he didn't divulge he had been sued by his former employer, Seagate Technology, in 1993. Samsung is a large investor in Seagate.

Koh showed no indication of what she thought of the argument, and most legal experts said Samsung had no chance of prevailing on that issue because it happened more than 20 years ago and Hogan wasn't specifically asked about it.

"The connection here is tenuous," said Christopher V. Carani, a Chicago patent attorney who has closely followed the case. "I would be surprised if Judge Koh accepted this argument and scrapped the jury's entire finding."

Koh's decision will help shape the ultimate result of the case, but this bitter legal battle is expected to land before the U.S. Court of Appeals for the Federal Circuit, the Washington, D.C.-based court that decides patent disputes, if not the U.S. Supreme Court.