Monday's launch of the hotline comes a week after a federal appeals court heard BP's argument that it has been forced to pay hundreds of millions of dollars in settlement money to businesses with inflated or fictitious claims arising from the company's massive 2013 oil spill in the Gulf of Mexico. 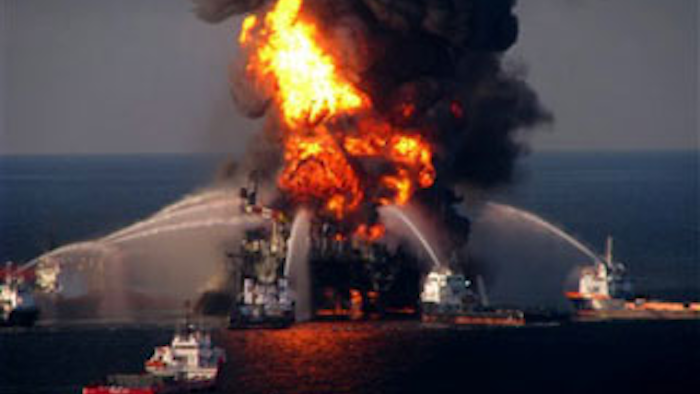 NEW ORLEANS (AP) -- BP has set up a hotline for people to report alleged fraud involving claims arising from the company's massive 2010 oil spill in the Gulf of Mexico.

Monday's launch of the hotline comes a week after a federal appeals court heard BP's argument that it has been forced to pay hundreds of millions of dollars in settlement money to businesses with inflated or fictitious claims. A three-judge panel from the 5th U.S. Circuit Court of Appeals didn't indicate how soon it would rule in the case.

Court-appointed claims administrator Patrick Juneau announced in June that his office is investigating allegations that an attorney on his staff, Lionel H. Sutton III, received a portion of settlement proceeds for claims he had referred to a law firm before he started working on the settlement program. Sutton resigned on June 21, a day after Juneau delivered a report to U.S. District Judge Carl Barbier that outlined the allegations.

Sutton's wife, Christine Reitano, also worked as a lawyer for the settlement program, but her contract was terminated on June 26, according to a report from Juneau to Barbier dated July 2. The report doesn't specify a reason for the termination of Reitano's contract.

In a statement Monday, BP claimed Juneau's office has spent "substantially less" on anti-fraud efforts than the Gulf Coast Claims Facility, which processed and paid claims before Barbier appointed Juneau last year to take over and administer the settlement program.

"This seems inappropriate given that the GCCF's fraud detection program enabled it to identify more than 7,000 claims as 'multi-claimant scams or even efforts at criminal fraud,'" the BP statement says. "The GCCF referred more than half of these to the U.S. Department of Justice for criminal investigation."

"Before we started processing our first claim on June 4, 2012, our fraud staff established the guidelines for combatting fraud in the Deepwater Horizon Claims Process," he said.

"BP and the Plaintiff Steering Committee have been involved in this fraud conversation since day one. If BP now wants to add its own hotline, that is their choice."

Juneau also said comparing costs for fraud investigation between the two entities is "like comparing apples to oranges."

"While the document requirements in the Deepwater Horizon program are far more stringent, our program, to BP's benefit, has been able to reduce the administrative costs and make the program more accountable. Sounds like that should be the goal," he said.

BP said calls to the hotline can be anonymous and could entitle a caller to a reward if a tip leads to an indictment, recovery of money or denial of a claim.

The company said it will review the allegations to determine whether to report them to fraud investigators with Juneau's office or law-enforcement agencies.

GM Global Sales Up 4 Percent, May Gain On Toyota