Blue Bell Creameries quietly pulled the company's ice cream from retailers and large institutions weeks before issuing a recall over listeria contamination, according to a report in The Dallas Morning News. 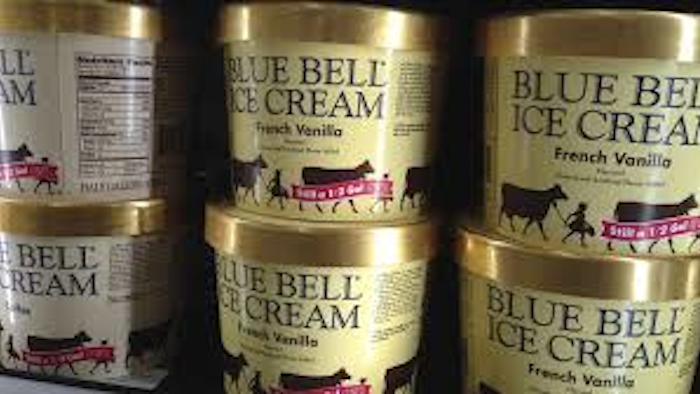 Blue Bell Creameries quietly pulled the company's ice cream from retailers and large institutions weeks before issuing a recall over listeria contamination, according to a report in The Dallas Morning News.

State and federal authorities largely accepted Blue Bell's procedures since no links to illnesses were established until later. Food safety experts, however, argued that the company "pussyfooted around what they should have done in the first place."

“I think they could have stepped up to the plate a whole lot quicker and done a whole lot more to protect the consuming public,” Cliff Coles of California Microbiological Consulting told the Morning News.

Blue Bell ultimately issued a recall for all products this spring over the listeria outbreak, which led to multiple hospitalizations and three deaths in Kansas. Blue Bell plants in Texas and Oklahoma showed evidence of listeria contamination; a report suggested contaminated ice cream also stemmed from a plant in Alabama.

In mid-February, the company began what's known as a withdrawal -- reclaiming products for ostensibly minor problems without broad public notice. Blue Bell said a positive listeria test revealed that month affected a single machine and that the company accounted for the ice cream produced on it.

Texas officials added that no food safety tests showed evidence of listeria and that the products in question were unlikely to be in any homes.

Safety experts, however, told the Morning News that they were unaware of previous withdrawals that were deployed for something as serious as listeria.

"If you knew that you had listeria, why wasn’t it a recall?" Coles asked.

The first recall began in March after officials linked illnesses in Kansas to Blue Bell; a report from the Food and Drug Administration later showed that the company knew of listeria problems as early as 2013.

Blue Bell facilities remain closed in the wake of the recall, which led to hundreds of layoffs. The company recently signed health agreements with all three states in hopes of resuming production.